It used to be that women who have had a C-section could only deliver future children the same way. Risks of rupturing the scar and potential complications for the baby made the decision relatively straightforward. But after studies showed that women fared just as well regardless of how they delivered, experts started wondering if the same could be said for their children. A new study published in the journal PLOS Medicine adds some texture to experts’ understanding about how children delivered by Cesarean fare.

Recent studies suggest that vaginal births give babies the advantage of being exposed to the mother’s microbes during delivery. But there haven’t been any studies providing long-term evidence about whether these benefits for the baby outweigh the potential risks for women who deliver vaginally after previously delivering by Cesarean. The latest study provides some of the first data comparing how children born to women who chose a second Cesarean did at five years compared to those who decided to try for a vaginal birth.

MORE: The Hospitals Most Likely to Give You a C-Section, Ranked

In the study, researchers led by Dr. Mairead Black of University of Aberdeen studied second-born children among a group of women in Scotland who had had a previous C-section. They evaluated their children on a number of health outcomes, including obesity, asthma, learning disabilities, cerebral palsy, and death. In order to avoid any possible bias caused by medical problems related to the mother that might prompt a Cesarean, Black and her team also broke down the Cesarean group by whether the surgery was planned or unplanned.

There was a 24% greater risk of hospitalization for asthma by age five among babies born by planned Cesarean compared to those born vaginally, but no significant differences among the other health measures. And even on the asthma issue, they found that there were no differences in the use of inhalers, one of the strongest measures of how severe asthma symptoms are, among children born via planned or unplanned Cesarean v. vaginally at age five.

“These results are reassuring for women who are considering a planned cesarean and worried about how it might affect the health of their babies,” says Black. By looking only at women who have already given birth by Cesarean before, she and her team are reasonably certain that medical reasons for the surgery didn’t play a role in the results, since most of the women in the study chose to have planned cesareans given their previous history of delivering that way. Black notes, however, that further studies are needed to better understand the results with a more detailed documentation of the mothers’ health status and the reasons she chose Cesarean surgery. 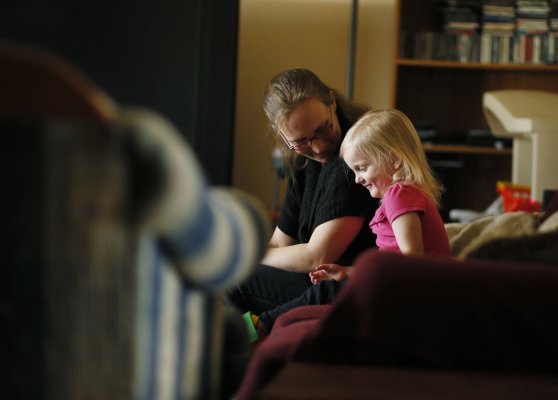