Police officers take position at the site of a shooting in the southern Forest district of Brussels on March 15, 2016
Dirk Waem—AFP/Getty Images

Brussels is on high alert as a counterterrorism operation linked to Nov. 13 Paris attacks continues through the night, so far leaving one suspect dead, up to two possibly on the run and four officers wounded.

Belgian and French officers are conducting the operation, which began Tuesday around 3:00 p.m. local time at a apartment in the Forest suburb of Brussels and brought the district to a standstill, the BBC reported.

“During this operation, one or several people opened fire on the police as they came through the door,” the federal prosecutor’s office said in a statement, according to the BBC. Three officers were wounded in this first exchange. A fourth officer suffered injures in a later bout of gunfire.

One suspect armed with a Kalashnikov rifle was shot and killed outside the apartment. The suspect’s identity has not yet been released, but it has been confirmed that it is not Salah Abdeslam, the target of an international manhunt believed to have been involved in the assault in Paris that left 130 people dead.

Many of suspects tied to last year’s attacks either died during the rampage or were killed during later raids. The terrorist organization the Islamic State of Iraq and Greater Syria claimed responsibility for the violence, with Brussels considered to be a hub for the plotters. 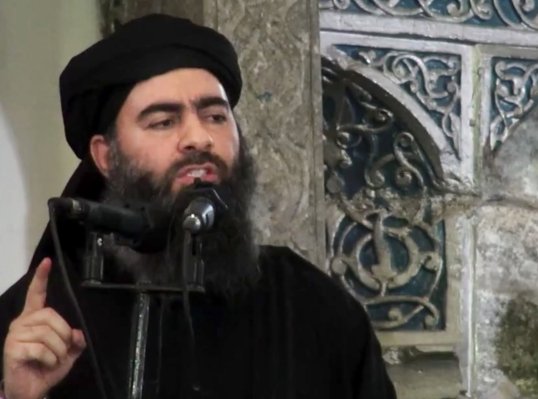 These Are the Most Wanted Members of ISIS
Next Up: Editor's Pick