Donald Trump and Ted Cruz speak during a commercial break in a presidential debate in South Carolina, on Jan. 14, 2016.
Scott Olson—Getty Images
Ideas
By Jessica Sager
Jessica Sager is the founder and executive director of All Our Kin and a lecturer at Yale College. She is a Pahara Aspen Fellow and a Ms. Foundation Public Voices Fellow through The OpEd Project.

In choosing the next president of the United States, many bandy about the need for candidates to be “presidential.” But in selecting America’s chief executive officer, it would be better to discern which candidate possesses the critical skill set of executive function.

Executive function refers to the mental processes that make it possible to take turns, to delay gratification and to manage impulses. Without executive function, we are unable to behave civilly toward one another. Without it, we are also unlikely to perform well in school, to succeed in the workforce, or to be good parents, neighbors or citizens.

The lack of executive function portrayed by many of this year’s candidates is shocking and gives credence to arguments that many candidates are acting like children.

For example, violence has erupted at rallies for Republican presidential candidate Donald Trump—which some claim he incites. Republican presidential debates have shown contenders interrupting each other, with Ted Cruz telling Trump to “Breathe, Donald, breathe.” And on the Democratic side, the presidential debates are becoming more contentious, though not at the same level of severe incivility. At a debate earlier this month, candidate Bernie Sanders interrupted and gestured aggressively at Hillary Clinton.

These demonstrations of the lack of executive function are alarming to witness in adults. As the founder and executive director of All Our Kin, a family child-care network providing infant and toddler care to working parents in low and middle-income communities in Connecticut for 15 years, I have seen the impact that this skill—or lack thereof—has on the lives of children and families.

Executive function skills are an essential part of children’s preparation for school—and beyond. Without it, children have little control over their emotions. They have trouble cooperating with their peers, following simple directions or using their words to let teachers know what they need.

Historical research shows the necessity of developing this skill set in children and the impact it has on adulthood.

In the 1960s and 1970s, Walter Mischel, a psychologist at Columbia University, ran a series of experiments known as the “Marshmallow Test.” He offered young children a choice: they could eat a marshmallow now, or, if they waited 10 minutes, they would receive two marshmallows. Mischel tracked these children for more than 40 years and found that those who were able to wait for the second marshmallow had higher SAT scores, were less likely to be obese or to use drugs and were less likely to go to jail.

The children in Mischel’s study were as young as 4 or 5, but it was already possible to assess their level of self-control. This is because executive function develops in early childhood. In addition to the ability to delay gratification and manage impulses, it includes the ability to set goals and make a plan for achieving them.

If we want a generation of leaders who can conduct themselves with civility and respect, and who can make plans, follow through and succeed in the workforce, we should be thinking about how to promote the development of executive function in the early years.

For children to develop healthy executive function skills, they need to be in safe, stable environments with predictable routines and loving, nurturing caretakers. They need opportunities to see the adults in their lives modeling these skills, and they need chances to practice these skills themselves, with help from grownups.

Our next president can help create the conditions for children to build executive function. Here’s how:

Children in poverty have high levels of toxic stress that interfere with their development of executive function. We can help by investing in programs that help meet families’ basic needs, such as the Special Supplemental Nutrition Program for Women, Infants, and Children (WIC). That program provides healthy food and nutrition education to pregnant women and young children. In addition, the Supplemental Nutrition Assistance Program (SNAP) helps low-income families purchase food, and Temporary Assistance for Needy Families provides cash assistance to families in poverty.

Almost half of all households have two working parents, and across income levels, these parents are tired and stressed, according to a 2015 report from the Pew Research Center. A federal paid family leave program, modeled on a program such as California’s, could make it easier for parents to engage with and support their children’s development in the first months of life.

More than 60% of children under the age of 5 are in childcare arrangements with someone other than a parent. If we fully fund federal programs such as Head Start, Early Head Start and the Child Care Development Block Grant, which all aiming to help low-income families pay for care, we can move toward all children having stable, quality childcare arrangements with trained caregivers.

In the most recent episodes of the presidential campaigns, we have seen unbecoming childish behavior from adults. We don’t want the next generation of candidates to fall as short. If we invest in our children now—developing their executive function—then perhaps the next generation will produce better candidates for the role of chief executive. 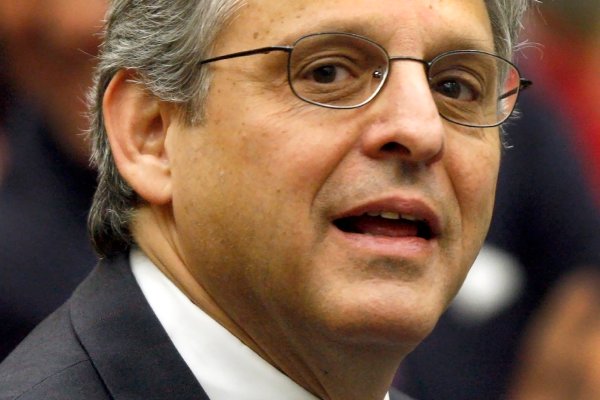 What Happened Last Time Merrick Garland Was Considered for the Supreme Court
Next Up: Editor's Pick