Bill Ackman Is Running Out of Options With Valeant

Bill Ackman says he will no longer passively stand by and lose money on Valeant. The question is what took the famously active investor so long, and whether it will make any difference.

Shares of Ackman’s publicly traded vehicle Pershing Square Holdings, which trades in Amsterdam, dropped by around 10% on Tuesday to just over $13. The steep fall has to do with Valeant Pharmaceuticals, which was Pershing second largest equity position. Shares of Valeant plunged more than 45%, or $32 a share, to around $37 on Tuesday, after the company cut its earnings guidance and spooked the market.

Ackman’s Pershing owned 30.7 million shares of Valeant as of March 8. Based on that holding, the fund has lost nearly $1 billion on its Valeant position on Tuesday alone. And that’s just its equity position. Pershing also holds options on the stock. So, its losses are probably even larger. Since the beginning of the year, Valeant’s shares are down 62%.

In a letter from Ackman to Pershing Square investors on Tuesday, he reiterated that he isn’t selling his stake in the company, but he plans to take a “much more proactive role at the company to protect and maximize the value of our investment.”

It’s not clear what Ackman means by that. What’s more, it’s not likely that any of the normal tactics that activists like Ackman push for would really make a difference at Valeant.Last week, Ackman said if Valeant’s situation doesn’t improve, the company may need new management. But so far, Ackman has not called for Valeant CEO Michael Pearson’s removal. And even if Pearson leaves the company, which at this point might give the stock a boost, the next CEO will have a very large and complicated mess to work out.

Besides that, Ackman’s options are limited. Valeant has already given Pershing a seat on its board. And the company has sworn off acquisitions, something that activists have pushed Valeant to do in the past. Activists also usually push for increased share buybacks. But given how much debt Valeant has, and its promise to pay that down, it’s unlikely that the company could afford to purchase any more of its shares.

There is the option of breaking up Valeant. But since the company has been built on years of acquisitions, that may be a tough strategy for Valeant to pursue, or for the market to swallow. What’s more, some Valeant critics have long argued that all of its acquisitions hide its costs. Break the company up, and Valeant’s warts might look even bigger.

Ackman says Valeant needs to improve its image with investors. And he has tried to play cheerleader for the company, but that hasn’t worked either. Last year, Ackman held a long, awkward conference call about Valeant that was supposed to boost confidence in the company. Instead, Valeant’s shares continued to sink.

To add to Ackman’s woes, some fear that other hedge funds may start to avoid his other holdings as well. Jason Spitzer, who describes himself as a long/short investor, wrote on Seeking Alpha that he owns shares in another Ackman holding, Zoetis, which specializes in medicines for animals. But he says he is thinking of selling the stock based solely on Ackman’s troubles. “The biggest risk for Ackman’s holdings is other hedge funds starting to trade against him,” writes Spitzer.

Ackman himself may be forced to sell some of his shares in Valeant. Part of his position on Valeant is in options, which, given the drop in Valeant’s shares on Tuesday, some speculated could force a margin call. On top of that, the publicly traded Pershing Square vehicle has about $1 billion in debt, which will magnify its losses.

Fortune reached out to Ackman to offer a comment for this story. His spokesperson declined to elaborate beyond the letter he sent to investors on Tuesday.

When Ackman launched his publicly traded vehicle, he talked about something he called the Pershing pop. That’s the stock jump he said a company experienced when Pershing took a position in its shares. Ackman will now have to figure out how to deal with the Pershing plummet, and that goes for his own stock as well. 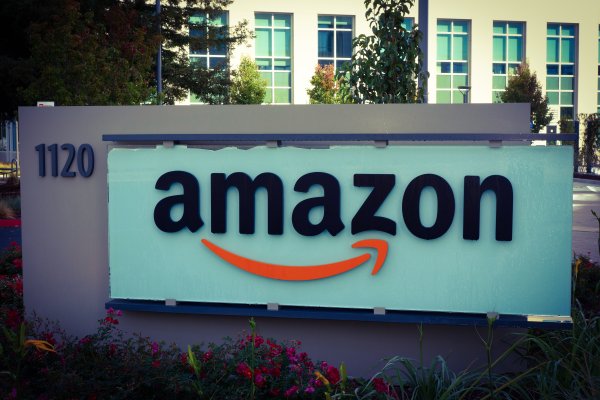 Amazon Wants to Let You Pay With a Selfie
Next Up: Editor's Pick