Why You Should Date People Who Aren't Your 'Type'

If there’s a “type” you look for in a prospective date–if you use some checklist of desired traits you want in a romantic relationship–University of Texas at Austin researcher Paul Eastwick has two words of advice for you: “Stop it.”

That’s what he told me when we recently met in San Diego while attending the Society for Personality and Social Psychology’s annual convention. Eastwick studies attraction and romantic relationships: Who we are interested in and what affects romantic outcomes.

“There’s no evidence that if I introduce you to someone who is your type that you will like him more, versus someone who is not your type,” says Eastwick. Instead, attraction is “based on gut instinct.” The face-to-face meeting drives the response. We either like them, or we don’t.

Eastwick and his colleagues have studied speed dating and online dating. They’ve interviewed newlyweds and those in long-term commitments. In lab settings, they asked college students to describe their ideal partner. Then, later, the students came to the lab for an activity. And—lo and behold—their lab partner had all the traits they said they desired, down to a T. (The partner was actually a confederate of the experimenters, instructed to act however the students had said they wanted them to.) After the task, the experimenters asked if the students were interested in dating their partner.

It turns out, whether or not a man is actually the guy of your dreams is irrelevant once you’re confronted with the reality of him.

What happens is that, once we meet someone, we either forget our list of desired traits or we reinterpret our list to be consistent with the traits of the person we’ve just met. For example, in the abstract, I might think I want someone exciting and daring who’ll seduce me with wine and inappropriate innuendo. But if I find him and I don’t like him? I might say, “I do want someone sexy and exciting, but this guy’s just reckless and sleazy.”

Read more: Why You Should Skip the Pre-Date Google Search

It works the same for deal-breakers. Sure, I may have said I’m not interested in anyone too daring or exciting—too much drama—but if I like someone who’s daring, I won’t label him that way. Instead, I’ll say he’s “courageous.”

(In case you’re wondering, all this applies for a man searching for his ideal woman, too.)

Furthermore, there’s little research to support the idea that you’ll be happier if you’re involved with someone who’s exactly your type. If anything, the science suggests that–once in a committed relationship–people change their view of an ideal mate to an image that more closely matches the object of their love.

Read more: What To Do If Your Partner Speaks a Different Love Language

Thus, Eastwick’s best advice for those seeking a relationship is to stop looking for a type and to just get out there and meet people. In person. Expand your social network. The more people you meet, the more likely it is that you’ll meet someone who you’re attracted to. That’s why Eastwick describes online dating as “great. It gets you the opportunity to meet people you wouldn’t have met otherwise.”

The key, though, is that these introductions turn into face-to-face meetings. You have to give yourself the chance to have that gut reaction.

Eastwick also reassured me that there’s no evidence that how you meet someone will affect the outcome of the relationship. “It’s antiquated thinking to say that if you want a hook up, go to a bar, but if you’re interested in a serious relationship, go to church,” he says.

Ultimately, all that counts is that you met in the first place.

But that still left me wondering: Was there anything we should look for after an initial spark of interest?

“If someone treats you like the person that you want to become, that would be a really good partner for you,” says Eastwick. “And that will help you become that person.” 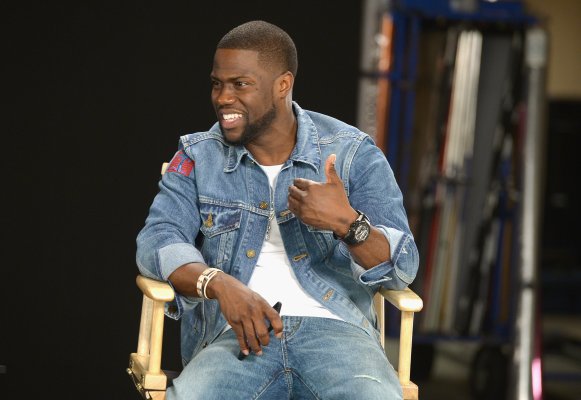 Kevin Hart 'Lost a Lot of Money' Betting on This Season of The Bachelor
Next Up: Editor's Pick