Batman v Superman: Dawn of Justice promises to be a dark and action-packed look at the conflict between two of the world’s most popular superheroes. But what if that’s all just a cover for a different sort of tale? The trailer for Batman v Superman: Dawn of Just Us suggests that what’s really happening between Bruce Wayne and Clark Kent is a love story of epic proportions.

The rom-com preview, created by Wired, shows DC Comics’s two biggest names battling it out for each other’s hearts after being introduced by Lex Luther at a party. “Now they’ve got to figure out if heroes from two different planets can get vulnerable, get real and even fall in love,” the voiceover says. 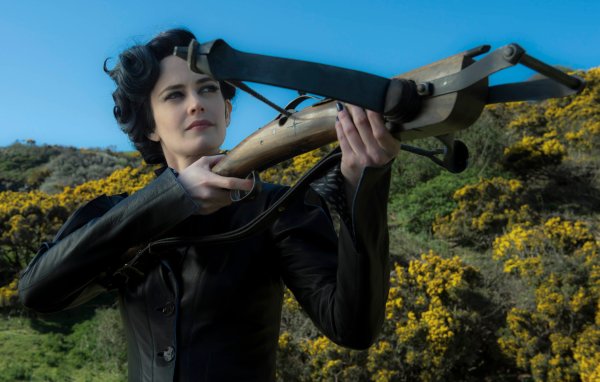 Watch the First Trailer for Miss Peregrine’s Home for Peculiar Children
Next Up: Editor's Pick