A delightful dispatch from Genovia: Anne Hathaway could return for another Princess Diaries movie, according to director Garry Marshall.

Though Disney quashed rumors last year that the studio was planning to make a third film in the series–with or without the Oscar winner as its star—Marshall has rekindled hope in the hearts of the franchise’s tiara-touting fans that Hathaway could be returning to the films that made her famous.

“I was with Anne Hathaway a couple weeks ago, it looks like we want to do Princess Diaries 3 in Manhattan,” he told People magazine. “Anne Hathaway is very pregnant, so we have to wait until she has the baby and then I think we’re going to do it.”

Chris Pine, who starred opposite Hathaway in Princess Diaries 2: Royal Engagement, has even hinted that he would want to return in an interview with Entertainment Weekly. When asked if he dreams about a Princess Diaries reboot, the Star Trek star replied, “Have you been reading my diary?” 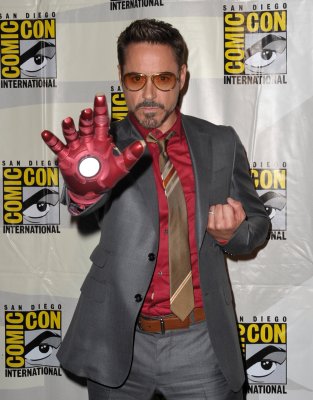 Robert Downey Jr. Says There Probably Won't be an Iron Man 4
Next Up: Editor's Pick