The 37-year-old is expected to argue that holding him in isolation in Skien jail violates the European Convention on Human Rights’ ban on inhuman treatment. “He wants contact with other people,” his lawyer Oeystein Storrvik said, according to Reuters.

Breivik received Norway’s maximum 21-year sentence in 2012 for killing eight people with a car bomb in Oslo and then massacring 69 others at a youth summer camp on tiny island of Utoya in 2011. His three-room cell is fitted with a television and computer.

The office of the attorney general in Oslo, however, said there is no evidence Breivik’s conditions have caused him physical or mental problems. This is not the first time he has complained of inhuman treatment. In 2012, he wrote a letter to the Norwegian prison service complaining of cold coffee and insufficient butter, according to the BBC. 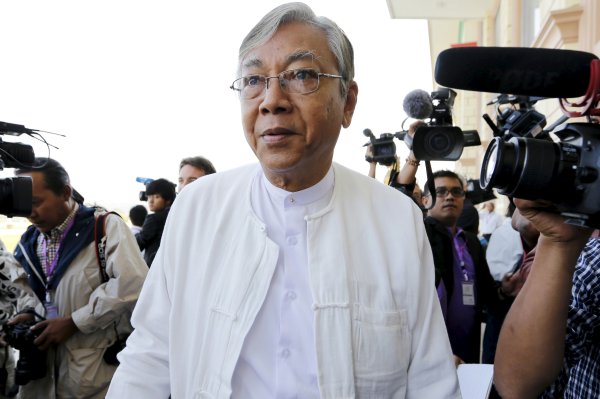 Who Is Burma's New President?
Next Up: Editor's Pick