The tanks on Tiananmen Square in Beijing China on June 11, 1989.
Gamma-Rapho/Getty Images
Ideas
By Wang Dan

In July 1989, a month after the Tiananmen massacre in Beijing, I was thrown into prison because of my leadership of the Chinese student movement. Since then, I have committed myself to a long-term struggle against the Communist Party of China’s authoritarian government. It has been 27 years since I was a student at Peking University calling for government reform and accountability in Tiananmen Square. I’m often asked if I have any regrets? My answer, even though I am in exile in the U.S. and have not seen my parents for more than a quarter century, is always, “No regrets.”

My reasons are simple: Although there is no freedom of speech in China, in much of the world—especially in the U.S., where I have been living for 18 years—I have been heartened by the support for the crushed Chinese student movement. I have drawn comfort from the consistent condemnation by Americans of the Chinese Communist government’s slaughter of peaceful protesters. It makes me feel like I am on the right side of history.

That is, until I heard Donald Trump’s words in a GOP debate in which he called the nonviolent movement at Tiananmen a “riot.” This description—“a riot”—is the same one that the Chinese Communist Party uses for its massacre, which left innocent blood flowing through the heart of Beijing. Mr. Trump went on to praise the Chinese government that butchered civilians as “strong, powerful.”

As a student leader at Tiananmen, whose fellow youth were killed or imprisoned by a government that is still in charge in China, I am disappointed by and angry at Mr. Trump’s words. If a bloody repression can be praised as a “strong, powerful” action, what does this mean about American values, especially when this blatant mischaracterization comes from a presidential candidate?

In China, because of the Communist Party’s omissions from history books and mounting online censorship, people—young ones, especially—may have no idea about the idealism and hopes of the students at Tiananmen. They may know nothing of the bloodshed that was unleashed on June 4, 1989. Americans know, however. I want to ask Mr. Trump: How can you say these things about Tiananmen? As a long-time resident of the United States, I am deeply worried about a great country’s future.

Maybe Mr. Trump will spin a defense for himself. But his description of the student movement as a “riot” was very clear. There is no room for misunderstanding on this point. Yet I can say with confidence that it is only Chinese Communist Party officials who will agree with him. So, I will tell Mr. Trump this: “Congratulations, you are already qualified to become a member of the Communist Party of China.”

Wang Dan was No. 1 on the Chinese Communist Party’s most-wanted list for his leadership of the 1989 student movement at Tiananmen. 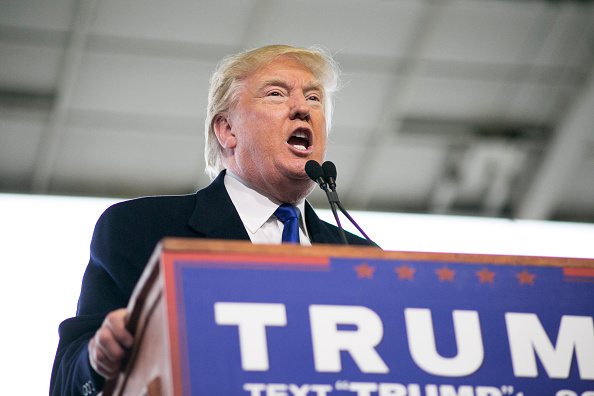 Trump Is Extremely Articulate—That's Why He's So Dangerous
Next Up: Editor's Pick