Review: Pokkén Tournament Is the Most Epic Way to Battle Pokémon Yet

The whimsical, critter-littered Pokémon games hinge on two principles: catch as many of the series’ cartoonish creatures as possible, then pit them against each other in turn-based battles. It’s an approach that has moved billions of copies for Nintendo and Game Freak and has made Pokémon the second best-selling video game franchise of all time since its debut in 1996.

What happens when you chuck one of those ideas out the window? You get Pokkén Tournament, an action-oriented brawler arriving on the Wii U March 18 developed by Namco Bandai. In it, gamers maneuver Pokémon in realtime, squaring off in micro-arenas with button-mashing combos and burst attacks. Think Pokémon meets Tekken, Namco Bandai’s classic fighter, the title portmanteau signaling the shift from contemplative strategy game to arcade-fighter country.

Tekken diehards will spot plenty of series tropes here. Before a battle, for instance, some Pokémon perform a signature taunt — a Tekken staple. Powerhouse characters like Machamp and Charizard also make grunts and groans after taking damage that sound similar to those uttered by Tekken principals Paul Phoenix or Jack. And as in Tekken, it’s difficult to break away from an opponent once you’ve been cornered.

Likewise, Pokémon fans will notice that the game’s main menu resembles the regional maps trainers navigate in the traditional Pokémon games. And multi-generational Pokémon appear in battle backdrops — in one stage, Chansey is clearly stationed outside a Pokémon Center alongside Nurse Joy.

In other ways, Pokkén strays from the classic Tekken vibe, which values chaining together moves above launching special attacks. Pulling off combos in Pokkén is a bit easier than in Tekken; just tapping one or two buttons continuously does the trick. Pokkén’s controls also include a block button, whereas tapping the back button can fend off an enemy’s advances in Tekken.

Combo attacks aren’t as complex in Pokkén, but they’re just as rewarding. That’s because many of the moves and combos draw from actual attacks in the Pokémon games. When playing as Braixen, for instance, tapping the A button while moving forward triggers “Fire Spin,” which launches a fiery tornado at opponents. Pokémon wonks should recognize other moves, too, with familiar names like Psybeam, Seismic Toss, Magic Leaf and Aura Sphere.

But the best parts of battles are Pokémon Burst attacks. These boisterous, supercharged moves deal significantly more damage than standard combos, and can only be performed when a meter at the screen’s edge fills. They can also cause some Pokémon, like Charizard and Gengar, to Mega Evolve for the duration of the attack.

Mega Evolutions in Pokkén are especially glorious, mostly because the power they bestow doesn’t come across as vividly in the dazzle-lite roleplaying games. In Pokkén, players are treated to a full-screen, closer-in view of their mega-evolved fighter executing these formidable and withering assaults.

A Pokémon game wouldn’t be complete without some narrative hook. Pokkén brings its own spin to the fighting genre. In story mode, players choose a primary Pokémon to use in every battle as they climb the Pokkén Tournament ladder. But they also choose a pair of support Pokémon, who then function a little like tag-team allies in battle. Gamers can summon these Pokémon once a meter fills, then unleash their unique abilities, say weakening or directly attacking a foe. Both a player’s main Pokémon and support Pokémon can also be changed in the settings menu at any time.

Story mode divides into three leagues, with incremental difficulty levels. Once a player ranks highly enough in a league, they can enter the tournament, where all the top contenders face off. Thereafter, trainers can take on a boss to earn a higher title, which feels like the Pokkén equivalent of a Gym Leader match. This storyline keeps the game engaging, but I didn’t find the difficulty to change much between leagues.

The biggest knock against Pokkén is that its selection of playable characters doesn’t compare well to other fighters. It’s especially disappointing because the Pokémon universe is so expansive. To its credit, Pokkén includes a diverse batch of characters that span several generations and creature types. Charizard, Lucario and Pikachu are three of the most widely-known Pokémon in the lineup, but more obscure choices like Weavile, Chandelure, Gengar and Gardevoir are also on tap.

There’s another downside: offline multiplayer has a learning curve. In two-player mode, one player must look down at the GamePad instead of the TV screen, or else that player’s controls become inverted. This is because gameplay shifts between two and three dimensional perspectives during battle, and the only way to offer both vantages to two players is to have more than one screen.

Reviewed on a Wii U 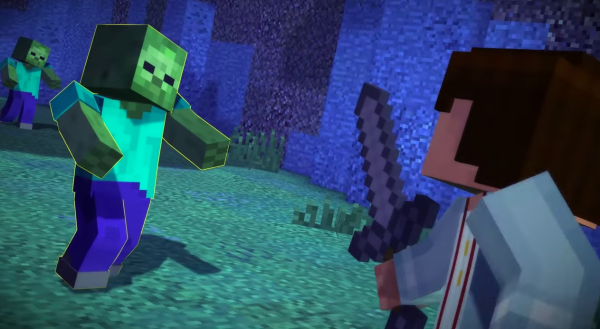 Microsoft Is About to Make Minecraft a Lot Smarter
Next Up: Editor's Pick