'Humans of New York' Blogger Slams Donald Trump: 'The Hateful One Is You'

Brandon Stanton, the blogger behind Humans of New York, penned an open letter to Donald Trump on Monday denouncing the leading Republican presidential candidate’s statements about race and religion.

Stanton wrote that he has so far tried not be political, turning down requests to interview candidates in the 2016 race. But opposing Donald Trump, he said, is “not a political decision, but a moral one.”

“I realize there’s now there’s no correct time to oppose violence and prejudice. The time is always now,” Stanton wrote in the post he shared on social media. He noted the numerous tweets and retweets Mr. Trump has shared throughout the campaign, some of which have contained racist messages. Last week, Trump said he thinks “Islam hates the U.S.” And on Sunday, Trump tweeted a fake video that wrongfully accused a protester of being aligned with ISIS. When confronted about the video on NBC, Trump said “all I know is what’s on the Internet.”

Stanton also rejected Trump’s defense that he’s a “unifier” and “presidential” in his post, choosing to instead describe him as “a man who has encouraged prejudice and violence.”

“I am a journalist, Mr. Trump. And over the last two years I’ve conducted extensive interviews with hundreds of Muslims, chosen at random on the streets of Iran, Iraq, Pakistan,” Stanton wrote. “And I can confirm—the hateful one is you.” 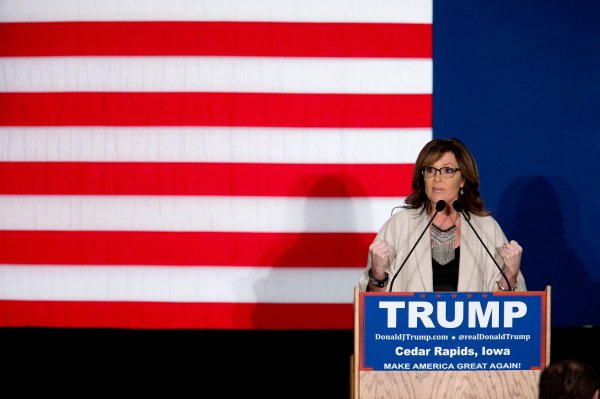