Fifteen people in Wisconsin have died after being infected with a bacteria called Elizabethkingia, and health experts have not yet figured out how it is spreading.

The Wisconsin Department of Health Services (DHS) is investigating the infections, which so far have been reported in 48 people—primarily over age 65—since November 2015. The department was first tipped off to the outbreak when six potential cases were reported at the end of December and early January. The cluster is of concern since Elizabethkingia rarely causes infections in people. Fifteen people with the infection have died so far, though experts say they cannot confirm whether their deaths were due to the bacteria or an underlying health problem. All of the people infected had a history of at least one separate and serious health complication.

Authorities are also concerned because Elizabethkingia is a type of bacteria that is hard to treat with antibiotics and is often resistant to them. Symptoms are fever, shortness of breath and chills. The bacteria is named after a CDC scientist, Elizabeth O. King, who discovered it.

The U.S. Centers for Disease Control and Prevention (CDC) is helping Wisconsin identify a possible source of the infection by testing samples from water and healthcare products, but no source has been confirmed. According to STAT, samples from infected people are very genetically similar, which suggests that the people could be getting their infections from a shared place. The number of people infected is abnormal, as states usually see fewer than a dozen cases a year, STAT reports.

The investigation is ongoing, and Wisconsin DHS will be updating the number of people infected here every Wednesday. 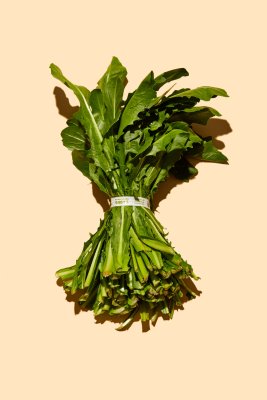 Here’s Why You Should Add More Veggies to Your Diet ASAP
Next Up: Editor's Pick