When Ja’Mal Green, a prominent black activist and Bernie Sanders supporter in Chicago, saw that Donald Trump was coming to the University of Illinois-Chicago, he knew what he had to do.

“Everyone, get your tickets to this. We’re all going in!!!! ‪#‎SHUTITDOWN‬,” he posted on Facebook last week.

Little did he know, they actually would shut it down.

On Friday night, hundreds of protesters invaded Trump’s rally while thousands more marched outside, leading the GOP presidential candidate to abruptly cancel the event due to safety concerns. The night spun out from there, as angry Trump fans clashed with protesters, who …

Read the rest of the story on NBC News. 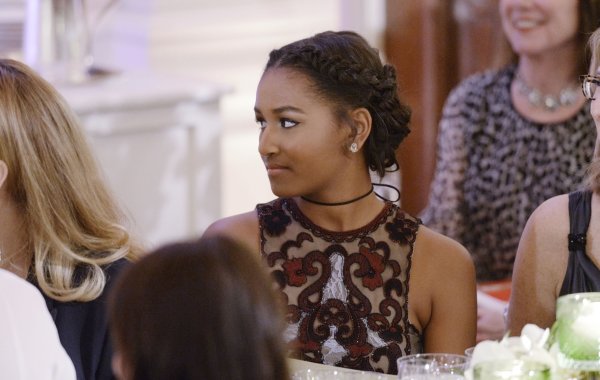 Sasha Obama Met Ryan Reynolds and It Was Adorable
Next Up: Editor's Pick