Kareem Abdul-Jabbar: The Paradox of Being a Black Role Model

The U.S. president and a prima ballerina.

Throw in a rabbi and a priest and you’ve got the start of a classic watercooler joke. But add first black American President and first black female principal dancer for the American Ballet Theatre and it’s no longer a joke but an uplifting ideal for a new generation of African Americans. Two shining role models of how diligence, discipline and perseverance can overcome even the most daunting obstacles to achieve the American Dream. But being a black role model is a double-edged sword of inspiration and frustration.

Yes, you are an inspiration to children of color—living proof that although you face a lot of closed doors, they aren’t all locked. For Barack Obama, the doors were double-locked: no black person had ever been President, and no one from Hawaii had ever been President. So too for Misty Copeland: she started ballet at 13—late for a dancer—and had the “wrong” body type. Yet somehow they both rolled the Sisyphean rock of being black to the top of the mountain, and it stayed.

Watch video of Obama and Copeland’s conversation with TIME

The frustration for the black role model is knowing that, though you are proof it can be done—a happy lottery winner waving a million-dollar ticket—the odds are so astronomically stacked against you that it sometimes feels as if you’re more the source of false hope and crushed dreams. A casino shill they let win so the suckers will keep playing the slots. Americans have been blasting the “land of opportunity” playlist from birth. At every opportunity, rousing odds-beating success stories are trotted out in history textbooks and popular media to spangle the Dream like a beauty queen at a supermarket opening.

Unfortunately, the American Dream has lost a lot of luster in recent years. Rather than shine like a bright beacon of hope to optimists everywhere, it winks like a battery-drained flashlight in a horror movie. A 2014 New York Times poll discovered that only 64% of Americans agreed that they still believed in the American Dream, the lowest result in nearly 20 years. Loss of faith is even higher among America’s youth. A 2015 Harvard Institute of Politics national poll found that 48% of 18-to-29-year-olds considered the American Dream to be “dead.” As Bruce Springsteen said, “I have spent my life judging the distance between American reality and the American Dream.”

For Americans of color, closing that gap may seem like a bridge too far. Having successful ethnic role models is great because it affirms the country’s commitment to the principle of equal opportunity. But at the same time we see police killing unarmed African Americans, voter-ID laws keeping poor minorities from the ballot, the federal government slashing programs that offer food and medical care, assaults on affirmative action and an inferior education for poorer children of color, which will keep them out of higher education and better-paying jobs. The door is not just closed and locked—it’s boarded, nailed and cemented shut.

So when we hold up wildly successful role models, we’re telling those who can’t overcome the towering obstacles blocking their progress that they are to blame for their failure. They just didn’t try hard enough, weren’t clever enough, didn’t have the fortitude. That’s like blaming rape victims for not running away. This is the tyranny of low expectations.

Role models of color face a unique form of judgment. If you’re black and you fail, many will claim you failed because blacks aren’t up to the task. But if you’re black and you succeed, they will then claim that you succeeded because you’re black and were given an advantage. You are not allowed to succeed or fail on your own merits. Yet if George W. Bush is judged to be a bad President, no one says, “Well, we tried a white guy and it didn’t work, so no more white Presidents.” Or Southerners. Or Texans. Or self-portraitists in the shower.

Read the transcript of TIME’s conversation with Obama and Copeland

The irony is that despite generations of closed doors, it is people of color who have the most faith in the American Dream. A 2015 CNN/Kaiser Family Foundation poll found 55% of blacks and 52% of Hispanics believed it was easier for them to attain the American Dream than it was for their parents. Only 35% of whites believed that. This brazen optimism in the face of systemic racism is in large part due to pioneering role models like Misty Copeland and President Obama.

In 11.22.63, a Hulu series based on Stephen King’s novel, a man time-travels to the past to prevent the assassination of President Kennedy. But his attempts to change history are met with supernatural resistance because, as a character tells him, the past doesn’t want to be changed: “The past pushes back.” So does American culture. We fear change so much that we fight it, even when change reflects our founding principles. We just have to push against the pushing. Only harder.

That’s what Misty Copeland and President Obama have done their whole lives. Which makes them role models not just for people of color but for all Americans. • 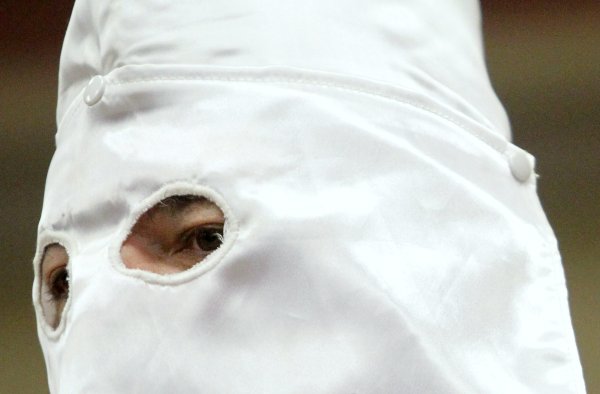 Documentary About Black Man's Attempt to Befriend KKK
Next Up: Editor's Pick