Teens Could Be at Risk From Some Cosmetics

Even a short hiatus from certain cosmetic chemicals—the kind often found in antibacterial soaps, body lotions, and perfumed products—can slash the body’s levels of these substances, finds a new study from University of California, Berkeley.

That matters, because some early research suggests these chemicals may potentially raise a person’s cancer risks, speed the onset of menopause, lower IQ, or contribute to other health concerns.

For just three days, 100 teen women ditched their normal personal care products in favor of alternatives that did not contain phthalates, parabens, triclosan, and oxybenzone. All four of these chemicals are known or potential hormone disrupters. “That means these chemicals may block, mimic, or interfere with the hormoes in our bodies,” says study lead author Dr. Kim Harley, associate director of UC Berkeley’s Center for Environmental Research and Children’s Health.

Urine tests Harley and her team collected showed the teens’ levels of those four substances dropped between 25% and 45% after the three-day intervention period. Harley says her group chose teen women because they tend to use more personal care products than adults. Also, because their bodies are still developing, young women may be particularly at risk from hormone-disrupting substances.

“We expected to see a drop, but we weren’t sure it would be so significant,” Harley said.

The last few years, she and other researchers have started sounding the alarm about hormone-disrupting chemicals, which lab and animal studies have tied to faster rates of tumor growth and the proliferation of cancer cells. Experts also suspect these substances could harm sperm quality in men, or affect childhood and fetal development.

At this point, there’s not conclusive evidence tying these chemicals to ill health effects in people. But “taking a precautionary approach seems like it would make sense,” Harley says.

How can you do that? Triclosan, parabens, and oxybenzone are pretty easy to spot on a product’s list of ingredients, Harley says. But phthalates can be trickier. While some products specifically say “contains no phthalates,” these chemicals are often lumped under the catchall terms “fragrance” or “parfum,” making them tough to identify, she says.

To make things simpler, she recommends checking out the Environmental Working Group’s Skin Deep Cosmetics Database, which provides a breakdown of the chemical components found in thousands of personal care products. The Campaign for Safe Cosmetics is also a great resource, she says. (She’s not affiliated with either site.)

“Right now, we simply don’t know what the long-term effects of these chemicals are,” she says. “Why expose yourself if you can avoid them?” 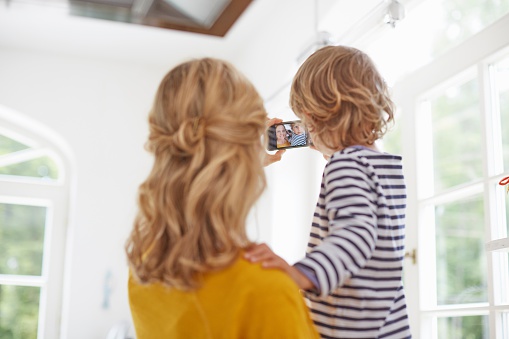 Kids to Parents: Stop Sharing Pictures of Us on Social Media
Next Up: Editor's Pick