President Obama laid out the qualities he’s looking for in a Supreme Court nominee on Thursday, reiterating his belief that whoever he chooses will be immensely qualified for the position.

The President, who addressed the topic during a joint press conference with Prime Minister Justin Trudeau of Canada, said he will choose an “outstanding jurist who has impeccable leadership credentials” to fill seat left vacant by Antonin Scalia’s death.

“Obviously it’s somebody who I want to make sure follows the constitution, cares about things like stare decisis,” Obama said of the potential nominee, referring to the practice of following legal precedent. But Obama also said he is interested in selecting someone who can bring real-life experience to the Supreme Court and understands what takes to protect minorities and other groups.

“I’m going to do my job, Obama said, “and my expectation is going to be that the Senate do its job.”

The President’s comments come days after Attorney General Loretta Lynch announced she had asked the White House not to consider her for the position. Lynch joined a growing list of lawmakers and jurists who’ve asked to be taken out of the running.

Republican leaders in the U.S. Senate have insisted they will not hold hearings for any nominee Obama puts forward, preferring to allow the next President to fill the seat. Obama nominees have already filled two previous Supreme Court vacancies. 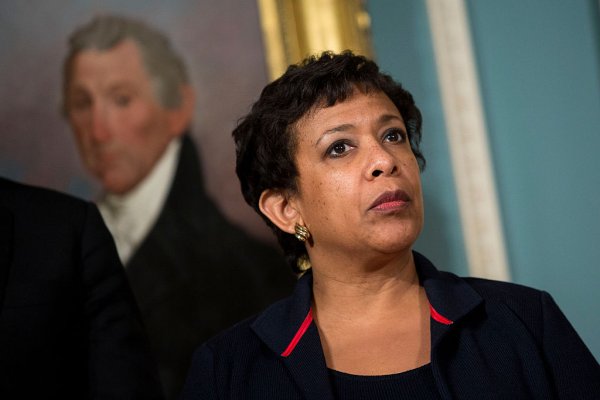 Loretta Lynch Asks Not to Be Considered for Supreme Court
Next Up: Editor's Pick