President Obama and Prime Minister Justin Trudeau rebuffed suggestion that either leader had worry that the strong relationship the two leaders are building between the nations could be threatened should Donald Trump or Ted Cruz succeed Obama.

“[Our] Relationship transcends party in terms of the interests that we share,” Obama said in response to a question at a joint press conference between the two leaders in the Rose garden.

The Leading republican presidential candidates stances on climate change, immigration, and welcoming refugees from Syria stand in contrast to the progressive leanings of Obama and the new Prime Minister. Yet Trudeau denied that the relationship would at all be perturbed by a change in leadership.

“One of the things that is abundantly clear,” the young Prime Minister said Thursday, is that “the relationship, friendship between our two countries extends far beyond any two people.”

Trudeau said he has “tremendous” faith in the American people and that he looks forward to working with whoever they chose to serve as President.

Though their conversations and reason for meeting ranged from security concerns and immigration, to the economy and climate change–all important topics for the two neighbor countries, the bulk of the questions at the mid-morning press conference focused on the presidential race. Obama was asked to comment on whether or not he feels responsible for being such a polarizing figure and paving the way for a presidential candidate like Trump. Obama acknowledged that he had been blamed for a lot during his time as president, but said the notion that he was somehow responsible for the Republican primary was “novel.”

“What I’m not going to do is validate some notion that the Republican crackup… is a consequence of actions that I’ve taken,” Obama said.

The President closed the press conference on a note of optimism, once again affirming that the American-Canadian relationship will remain strong.

“It’s my hope that the incoming president agrees with me on everything,” Obama said. “But if that doesn’t happen, the U.S.-Canadian relationship will be fine.” 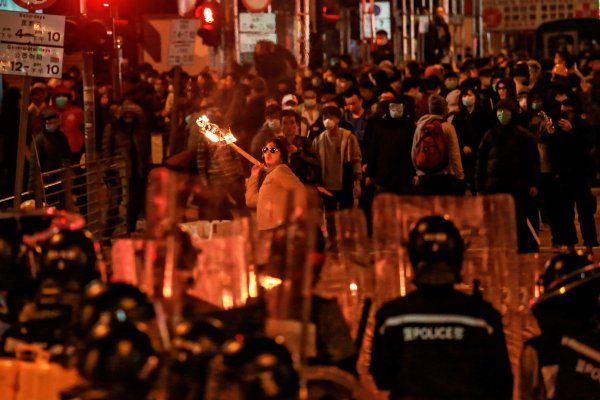 Hong Kong’s Newest Conflict with China Is Over Independence
Next Up: Editor's Pick