California Bill Would Allow Uber, Lyft Drivers to Negotiate as a Group

A San Diego-area lawmaker wants to boost workplace rights for independent contractors that make a living through platforms such as Uber, Lyft and Postmates.

California Assemblymember Lorena Gonzalez, a Democrat, announced Wednesday that she has authored legislation to give new rights to those workers, including “negotiating as a group” and “boycotting or critiquing a hosting platform’s business practices.” As few as 10 workers could join together to claim those rights. Gonzalez, who has previously served as a labor leader, argued that “our laws must catch up to that innovation in order to do right by the workers in this state.”

Uber and Lyft have lobbied hard against other measures that would have a big effect on their business, though they have not yet spoken out directly on the details of Gonzalez’ bill. California Gov. Jerry Brown has not commented. But an industry trade group associated with Uber has critiqued the measure.

“For millions of Americans, the sharing economy is an important safety net that offers flexible earning opportunities,” a spokesperson for the Internet Association told the San Francisco Chronicle, adding that “this proposal unfairly targets the Internet sector in a way that could hurt the very people it purports to help.”

A Lyft spokesperson tells TIME that the company agrees with Gonzalez that Lyft’s workers are independent contractors but is still investigating what the bill’s impact might be. “We are still reviewing this proposal, but among the issues we will examine are any potential impacts on the privacy and flexibility that drivers want,” Chelsea Wilson said in a statement.

There are many types of independent contractors—from plumbers to taxi drivers to music teachers to consultants—and the California measure would not solely target those workers who get gigs through smartphone apps. According to the Chronicle, the central requirement is that the hosting platform directly profits from the worker’s labor.

Gonzalez’s legislation follows the Seattle City council’s unanimous vote last December to become the first city to allow Lyft and Uber drivers to unionize, though the mayor has neither signed nor vetoed the measure. The primary sponsor of the bill, council member Mike O’Brien, argued that such a change was necessary to give drivers “a voice” on the job, given that the platforms control factors such as the rate that drivers earn per mile. “This bill was only introduced out of necessity after witnessing how little power drivers themselves had in working for a living wage,” he said. Uber and Lyft testified against the measure.

Currently there are two classes of workers in America: employees and independent contractors. Though the law determining who is which is notoriously complicated, one crucial element is control: Because employees are typically subject to much greater control (being told when and how to work), they are considered more vulnerable and afforded more protections through labor laws.

Several lawsuits have been filed over the status of workers who have made income through ride-app and tasking platforms, alleging that they have been controlled like employees and are therefore owed associated benefits. In California, one example is gas money: If Uber drivers are employees, they’re owed reimbursements. If they are freelancers, they are not. Such costs can have a significant impact on both the worker’s and company’s bottom lines.

Proposals like Gonzalez’ and O’Brien’s seek a kind of middle ground, giving more power to what they see as vulnerable workers without arguing that they need to be reclassified. In court, Uber has argued that if it were forced to treat drivers as employees, the company’s entire business model would have to change. Drivers would lose their flexibility and have to be organized in set shifts, the company’s lawyers have argued, and would be banned from “multi-apping,” a common practice of drivers being available for jobs on multiple platforms at the same time.

Part of the reason that such companies have grown so fast—and that it’s so easy for new workers to sign up and start working on them—is that these billion-dollar startups have been able to sidestep the logistics and costs associated with employees, like remitting payroll taxes. In her statement, Gonzalez acknowledged the complexity of the situation, echoing the tone of Seattle’s O’Brien. “The intent of this legislation is to create an environment where innovation can continue to happen,” he said after the city council bill passed, “but not at the expense of the workers.” 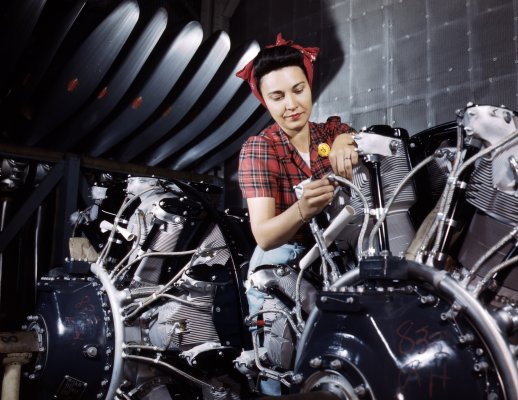 See Amazing Photos of the Real 'Rosie the Riveter' Women of World War II
Next Up: Editor's Pick