Peter Salomone had a simple hypothesis: That Dire Straits “Walk of Life” would improve any movie’s ending.

“A friend of mine joked that ‘Walk of Life is the perfect funeral song, so I just merged that idea with my love of movie endings,” he said in an email to TIME.

Being a student of the scientific method—and after thinking about the idea for two years—Salomone set out to prove his theory by adding the band’s 1985 anthem to the finales of dozens of films. Over the last two months, Salomone’s experiment, which he named the Walk of Life Project, has tested the theory on all sorts of films, ranging from classics like Casablanca to documentaries like Nanook of the North to much-loved animated features like The Lion King, as well as modern favorites like Dark Knight Rises and Spiderman. So far the hypothesis has proven correct, although Salomone admits that its use on the Hitchcock classic Psycho is the least satisfying, because it cuts off so abruptly.

Because the project is being posted online, movie fans and music lovers can test Salomone’s theory for themselves.

Here’s 2001: A Space Odyssey with the new soundtrack:

And here’s Mad Max: Fury Road with the song: 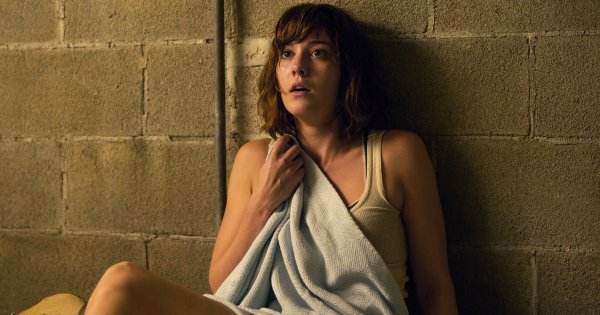 10 Cloverfield Lane Is a Nonsequel That Delivers
Next Up: Editor's Pick