The U.S. and Canada will introduce new measures to reduce methane emissions, the most significant move in a series of announcements aimed at fighting climate change, the White House announced Thursday.

President Obama and Canadian Prime Minister Justin Trudeau stood side-by-side in the White House Rose Garden to make the announcement during Trudeau’s first official visit to Washington. The included commitments are intended to do everything from helping developing countries implement the Paris Agreement to addressing emissions of hydrofluorocarbons.

“Our international partners expect and, indeed, need leadership from us on this issue,” said Trudeau at the joint press conference. “The President and I agree on many things, including of paramount importance the direction we want to take our countries in to ensure a clean and prosperous future.”

The most substantive announcement came on the question of methane. The countries will aim to reduce methane emissions from the oil and gas sector by 40-45% below 2012 levels by 2025, the White House said.

Methane, the second most common greenhouse gas, traps more significantly more heat in the Earth’s atmosphere pound for pound than carbon dioxide. The U.S. Environmental Protection Agency (EPA) recently found that much more of the gas is released into the atmosphere than previously realized.

The EPA will begin a rule-making process to draft new regulations on methane emissions from existing sources. The agency introduced rules last year to stem methane emissions in the energy sector, but those regulations only apply to new facilities. The rulemaking process will likely outlast the current administration leaving the next president with the responsibility of implementing—or rejecting—new rules on methane.

“We’ll start this work immediately,” said EPA Administrator Gina McCarthy on a conference call for journalists. “And we intend to work quickly, but we will continue to involve stakeholders in meaningful ways.”

Environment and Climate Change Canada, the Canadian agency tasked with environmental policy, will work with authorities in provinces and territories to develop new regulations for both new and existing facilities by 2017.

The countries also committed to supporting common goals in the Arctic region, including following scientific guidance on oil and gas drilling and a binding agreement to protect fish in the area. Addressing warming in the Arctic has been a top priority of the White House. President Obama became the first sitting president to visit the Arctic last year and used the opportunity to address the effects of warming in the region.

The joint announcement signals a new era of collaboration between the two countries on efforts to combat climate change. Obama and had previously been at odds on the issue with Trudeau’s predecessor Stephen Harper, who defended the country’s oil and gas industry against any potential harm in the form of environmental regulations. Trudeau’s election last fall almost immediately improved relations and provided Obama with a new climate change ally on the international stage.

“I believe we’ve laid the foundation for even greater cooperation for our countries for years to come,” Obama said in the Rose Garden. “I’d like to think that it is only the beginning.” 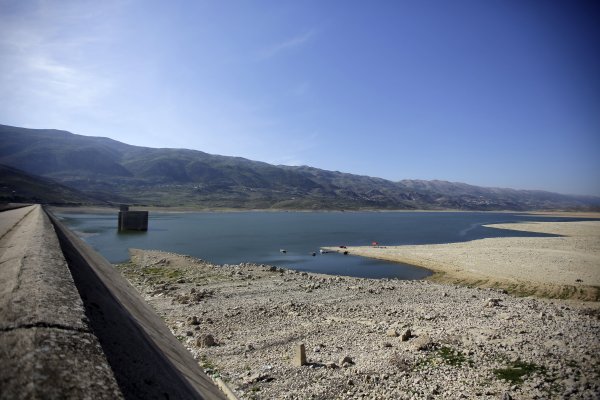 Middle East Drought That May Contribute to Syrian War is Worst in 900 Years, Study Says
Next Up: Editor's Pick