Though the visits of state leaders to Washington often draw attention, this visit has drawn particular interest given the Trudeau’s youth, progressiveness and, quite frankly, the ever-important cool factor. The Trudeaus’ celebrity-like appeal has been compared to that of the Kennedys and the early days of the Obama administration. Over the past week, Trudeau has garnered attention for subtly rebuffing leading Republican presidential candidate Donald Trump, cuddling with baby pandas and taking jabs from President Obama in his backyard.

“Where’s the Stanley Cup right now? I’m sorry. Is it in my hometown with the Chicago Blackhawks?” Obama joked. “In case you Canadians were wondering, where is it?”

As Trudeau spends the day with Obama talking policy at the White House, here are give quick facts to know about him:

His father was a Prime Minister

Trudeau’s father was Pierre Trudeau, Canada’s 15th Prime Minister. He was a formidable force in Canadian politics, and played a pivotal role in decriminalizing homosexuality and keeping Quebec from separating from Canada. Pierre married Justin’s mother Margaret while he was in office—she was 30 years younger than him.

He took a winding road to politics

Trudeau started his career as a schoolteacher, and transitioned to politics in 2008 when he was first elected to the Canadian Parliament. In 2013, he became the leader of the Liberal Party.

Especially compared to his predecessor, Stephen Harper, which could explain the coziness with Obama—the two share a common interest in combating climate change. While in Washington, Trudeau and Obama released a joint statement on new commitments to fight global warming, including steps to reduce methane gas emissions by 40 to 45% over the next 10 years. Trudeau also announced in February that Canada would be pulling out of airstrikes against ISIS terrorists, though the country would increase commitments to ground troops involved in the training of Iraqi forces.

He does adorable things (and people notice)

Trudeau gets a lot of attention for his appearance. While attending the Asia-Pacific Economic Cooperation summit last November, the Twitterverse referred to Trudeau as the #APEChottie. Internet users went wild again this week when Trudeau cuddled with baby pandas at a Canadian zoo. On Thursday, Obama and Trudeau joined forces to cuddle with babies who’d come out to greet them on the White House’s South Lawn. 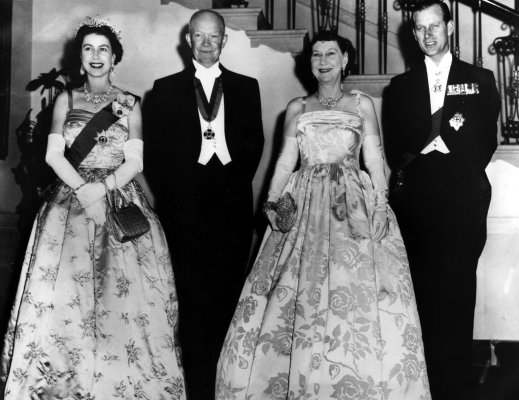 See How White House State Dinners Evolved Over a Century
Next Up: Editor's Pick