WeWork Is Getting a Massive New Funding Round

WeWork, a New York-based startup that leases out offices and other co-working spaces, has authorized the sale of up to $780 million in new stock, according to documents filed on Tuesday in Delaware.

The offering comprises what WeWork is referring to as both Series F and Series F Prime convertible preferred shares, both of which are priced at just over $50.19 a piece. That’s a 52.6% jump from where the company sold its Series E convertible preferred stock last summer, and would give the company a pre-money valuation, which doesn’t include the new funding it is getting, of around $17 billion (per VC Experts, which first spotted the Delaware filing).

WeWork previously raised over $900 million in equity financing, from firms like Benchmark Capital, Harvard Management Co., Fidelity Investments, T. Rowe Price, J.P. Morgan Chase, Wellington Management and Goldman Sachs. There also was a New York Times report in November 2015 that the company was in talks for a $750 million credit facility from J.P. Morgan, Goldman, Morgan Stanley and Deutsche Bank. It is unclear if the credit facility ever closed.

WeWork has not yet responded to a request for comment.

Update: WeWork has confirmed the round, led by Legend Holdings and Hony Capital, in a blog post. Sources say that the round remains open, and that the pre-money valuation is closer to $16 billion than $17 billion. 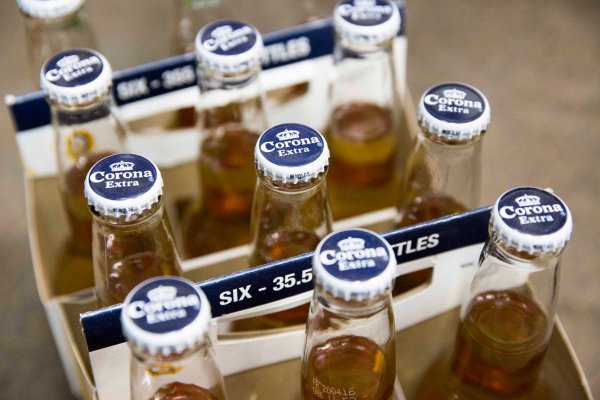 Corona Recalls Beer Over Glass in Bottles
Next Up: Editor's Pick