How China Is Getting In the Way of Its Own Economy

A paramilitary police officer stands guard in front of the Great Hall of the People in Beijing, China, on March 4, 2016.
Qilai Shen—Bloomberg via Getty Images
By Hannah Beech / Beijing

China’s National People’s Congress (NPC) convened on March 5 to rubber-stamp the state’s new policies. But beyond political pageantry, it was the condition of the world’s second largest economy that captured global attention. Last year, China narrowly missed its target of 7% GDP growth, recording its slowest uptick in 25 years. Here’s what’s holding it back:

China’s budget plan, unveiled at the NPC along with a forecast of 6.5% to 7% growth for 2016, featured 21st century economic buzzwords: green growth, IT investment and entrepreneurship. Yet even as Beijing pledges to nurture an innovation economy, President Xi Jinping is glorifying the Communist Party and tightening media and Internet controls. Fewer foreign companies are investing in a China that’s closing itself off to the world.

With global demand falling, China has a lot of factories churning out unwanted goods. The government says it will lay off 1.8 million workers in the state-owned steel and coal industries alone. But without high growth rates to ensure alternative job creation, scrapping so-called zombie enterprises could spark worker unrest.

On Feb. 29, the Shanghai stock exchange hit its lowest point since 2014, despite expensive government attempts to prop up the market. Beijing has also spent hundreds of billions of dollars on stabilizing its currency, while nervous Chinese have sent stockpiles of cash abroad. On March 8, the credit-rating agency Moody’s accused China of ignoring “deep imbalances” in its economy to pursue its growth target. State media promptly accused Moody’s of bias. In today’s China, politics is never far from economics. 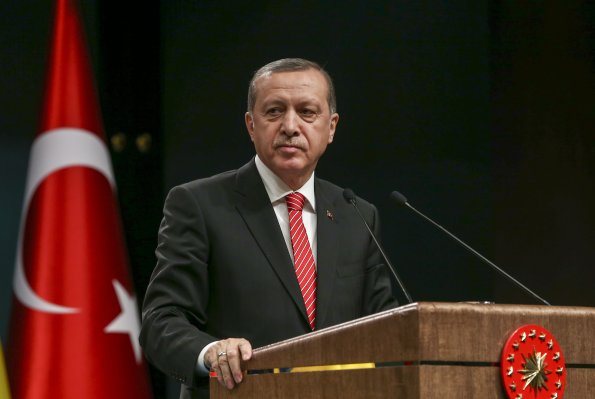 Turkey's Erdogan Feels the Pressure
Next Up: Editor's Pick