The ‘Car Wash’ investigation into corruption in Brazil, focusing on kickbacks at the state oil corporation Petrobras, has implicated dozens of politicians and executives in recent months. Lately, some of the country’s best-known political figures are becoming tangled in its web:

On March 4, police questioned the popular ex-President, known widely as Lula, for allegedly giving preferential treatment to two building firms connected to Petrobras. Although he denies wrongdoing, he is the most senior politician yet linked to the scheme.

Police arrested Santana, the highly influential former campaign chief to President Dilma Rousseff, on Feb. 23 for allegedly receiving $7.5 million from executives at the center of the scandal.

Brazil’s top court agreed March 3 to permit charges against this key opposition figure, who has led impeachment proceedings against Rousseff for allegedly patching holes in her budget with public money. He has denied accepting $5 million in bribes linked to the construction of two Petrobras oil-drilling ships.

The question now is how long the President, a former chair of the Petrobras board who has never been linked to the scandal, can survive. The detention of Lula, her political mentor, came a day after media reports claimed a former party ally arrested in the probe had entered a plea bargain that directly implicated both of them. Opposition leaders are now mulling a halt on all legislation until she quits.

Correction: The print version of this article erroneously featured a photograph of soccer coach Joel Santana instead of João Santana, the former Brazilian campaign chief to President Dilma Rousseff. 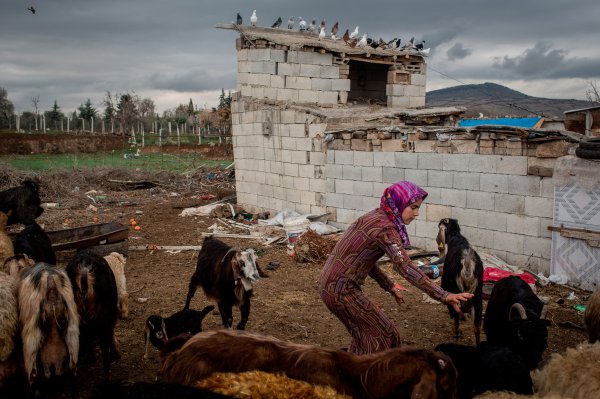 Refugees Say No Deal Will Stop Them
Next Up: Editor's Pick