The Party of Reagan Is No More

The Reagans wave to the crowd at the 1976 GOP Convention in Kansas City, where he narrowly lost the nomination to Ford
Michael A. W. Evans—ZUMA
By Peter Wehner

With the death on March 6 of a dignified First Lady–an influential cultural figure in her own right and the devoted keeper of her husband’s flame–both Ronald and Nancy Reagan have now passed into history. Increasingly, it appears, the same can be said of the party they took such care in shaping.

The most obvious evidence of this is the rise of Donald Trump, a man who is the antithesis of so much that Ronald Reagan stood for: intellectual depth and philosophical consistency, respect for ideas and elevated rhetoric, civility and personal grace. The fact that Trump is the favorite to win the Republican presidential nomination shows how far the GOP has drifted from the animating spirit of the most consequential and revered Republican since Abraham Lincoln.

Trump’s attempt at a hostile takeover is not a thunderclap on a cloudless day. It was years in the making. And when the mantle worn by Reagan might be settling on the likes of Trump, this end-of-an-era moment demands that we reflect on what has happened to our Republican Party.

For those of us open to such self-examination–to understanding what conditions gave rise to Trump and Trumpism–the explanation starts with certain harmful habits. These include employing apocalyptic rhetoric, like the assertion that America is on the verge of becoming Nazi Germany. Such reckless language is evidence of fevered and disordered minds and paves the way for Trump’s incendiary rhetoric.

But that’s hardly the whole of it. Republicans embraced the political knife-fighting tactics of Newt Gingrich in the 1990s and light-as-air political figures like Sarah Palin in the 2000s. Many Republicans–including self-proclaimed “constitutional conservatives”–began to speak of compromise as a synonym for capitulation, which is odd given that the Constitution itself was the result of a whole series of accommodations–and Reagan was a gifted compromiser. (In the debate over the Constitution, there was even a deal struck that came to be known as the Great Compromise, by which every state was to have two members in the U.S. Senate, offsetting proportional representation in the House.) Republicans became suspicious too of the “spirit of moderation” that James Madison argued is essential in understanding which measures are in the public good. What many modern Republicans are looking for is conflict, confrontation, the politics of the cage match.

At some point along the way, it became fashionable in the Republican Party–in some quarters, anyway–to replace reason with rage, to deny science when it was at odds with ideology and to cheer mindless stunts like shutting down the federal government rather than responsibly managing and relimiting it.

Voters are complicit in this too; many of them have come to confuse cruelty, vulgarity and bluster with strength and straight talk. And Republican lawmakers compounded a problem they had promised to solve, promoting rather than ending corporate welfare and crony capitalism.

There’s another explanation as well–political and intellectual sclerosis, by which I mean the failure to apply enduring principles to changing circumstances. This is something that Reagan did quite well. He developed a policy agenda–on taxes, monetary policy and regulations–that addressed the problems of his era, including high inflation, high interest rates and high unemployment. He understood the hardships facing ordinary Americans. He gave voice to them. And he offered concrete solutions to them. He adjusted to the realities of his time.

Ronald Reagan’s heirs have been decidedly less skilled at doing so.

One reason for this is that Reagan was so successful. The shadow he cast was so large that many of the Republicans who followed him could not escape it. For them, every year was 1981. Every problem could be solved by simplistically applying Reagan’s policy to it, even if the situations were not remotely comparable. (When Reagan took office, the inflation rate was in the double digits. Today it is less than 2%.) Republicans became uncreative and intellectually lazy. They placed themselves in an ideological straitjacket, trying to be more Reagan than Reagan (for example, promising they would not raise any taxes under any conditions for any amount of spending cuts). In the process, they became captive to the past.

As a result, too many Republicans lost touch with ordinary Americans. They had almost nothing to say about wage stagnation, the struggles of working-class Americans, the lack of social mobility, soaring tuition and health care costs, and how to extend health insurance to the uninsured. They were unable to explain, let alone address, huge structural changes caused by globalization, advances in technology and automation, which had harsh effects on low-skill workers. Blue collar Americans in particular felt unheard, ignored, abandoned.

Out of all this has emerged an opportunistic populist by the name of Trump.

It’s still too early to know what will come of all this. If Trump wins the nomination, he will go some distance toward undoing the influence of Reagan on the modern Republican Party–on policies like trade and immigration, in its commitment to limited government and cultural renewal, and in its concern for justice. Just as significant would be the dramatic change in tone, countenance and ethos. We are in the process of seeing the grace and joie de vivre of Reagan replaced by the crass and cruel insults, the obsessive Twitter attacks and the vindictiveness of Trump. The party of Lincoln and Reagan would be led by a man who embraces, at least in part, the ethics of Nietzsche.

Trump still has a ways to go before securing the nomination. (To date, roughly two-thirds of Republican primary voters are voting against him.) Yet even if he succeeds, many of us who are children of the Reagan revolution will not go gently into the good night. We will not vote for Trump under any circumstances, even if he is the nominee; what’s more, we will do everything in our power to reclaim the Republican Party from this demagogic and authoritarian figure.

This does not mean the mechanical imposition of Reagan-era policies, but it does mean being guided by conservative principles that seek to limit the size and reach of the state, that take into account human nature, defend human dignity and promote human flourishing. It means articulating an enduring vision of a limited government “sustaining the space for society to thrive in an age of social fragmentation and weakening institutions,” in the words of Yuval Levin, whose forthcoming book The Fractured Republic grapples with these issues. And just as important, it means recapturing the spirit of Reagan–making our Republican Party a welcoming party once again, inclusive and open, united in its commitment to American ideals, hopeful about the future and attractive to working-class Americans. The kind of party, in other words, that Ronald and Nancy Reagan would be proud of.

Wehner, a senior fellow at the Ethics and Public Policy Center, is a contributing opinion writer for the New York Times and has served in the past three Republican administrations 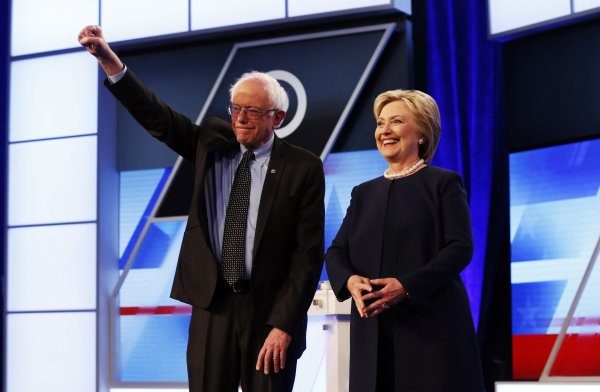