The Media Came Too Late to the Promise of John Kasich

On the day before the Michigan primary, when there still seemed a glimmer of a sliver of a possibility that John Kasich might emerge as the sane Republican alternative to Donald Trump, the governor of Ohio was having fun at a town meeting in Monroe, Mich. He barged into the middle of his wife Karen’s attempt to introduce him. “What did you just say?” the candidate asked, looking, as usual, as if he’d just gotten out of bed. She’d just said that they “smiled and laughed every day.” And now she added, “You smiled at me this morning.” He said that was only because she had shared a box of chocolate-covered cherries with him. “My staff knows,” he went on, “I never share.”

With the casual, slightly goofy tone established, Kasich set off on one of his magical mystery tours–I’ve never seen him give the same speech twice–which included this response to a question about immigration: “I’m in favor of building the Ohio-Michigan border fence,” he said. “I need to protect the Ohio-speaking people.”

I thought about the modest chocolate cherry on election night, watching Donald Trump celebrate his victories surrounded by heaping platters of Trump steaks, bottles of Trump wine and Trump water and copies of Trump magazine–and a slew of Trump flunkies, society folks, members of his Jupiter, Fla., country club, including the golf club’s champion. Trump admitted that he’d won some club championships too, which had prepared him for … the presidency, because “you gotta know how to close.”

Kasich and Trump are the two great political performance artists this year, and they are night and day. Trump’s speeches are all about him: his polls, his edifices, his steaks. Kasich’s speeches are about the audience. He encourages people to tell their “stories.” Often, these have little or nothing to do with politics. After Monroe, in Grosse Pointe Woods, he was riding a favorite hobbyhorse, about how spending a year or two in community college on the way to a four-year degree could save you a lot of money. “I’m doing that!” interrupted 19-year-old Alexa Kelly, who also admitted that she had lost some family members last summer and had been very depressed. “What you said before about getting help [if you’re feeling all alone], that really works.” Cue hug, applause, tears.

What Kasich is doing is so unusual that it’s taken some time for the public to catch on, in large part because we the media have been so caught up in Trumpery. Kasich is the least hortatory candidate in the race. You listen to Hillary Clinton making grand pronouncements–“And isn’t it about time that we had equal pay for women?”–and you cringe: Yeah, of course, it is … but why are you yelling at me? Yelling is what politicians did before there were microphones.

Kasich rarely raises his voice. He tosses off casual admissions of failure. “Michigan has a lower income tax than we [in Ohio] do,” he said in Monroe, “and it’s killing me.” He has the substantive side of the campaign covered–and occasionally, his offhand insights can be striking. Talking about Trump’s wild threats and promises, he mused in Monroe, “Most of the things that people like to hear, they know they’re never going to happen. They just like to hear them.”

In the days before the Michigan primary, there were portents of a Kasich breakthrough. An NBC poll showed him doubling his strength nationally, leaping past Marco Rubio, whose collapsing campaign offered Kasich space to run as the moderate alternative to Trump. A strong second-place finish in Michigan might open the door to a victory in Ohio. But Kasich finished third, behind Ted Cruz. It was an improvement, and victory in Ohio seemed possible, but Trump’s wins in Michigan and Mississippi, the relentless quality of his juggernaut, made the quixotic nature of Kasich’s quest–and Cruz’s, for that matter–all the more obvious. (The governor of Ohio would have to be seen as a strong vice-presidential possibility, though.)

A few months ago, even before the voting began, Kasich was asked why he was still in the race, given his microscopic poll numbers. He shrugged and went off on one of his riffs, talking about how some candidates save the real truths for their concession speeches: “And you ask yourself, Why couldn’t he have said that stuff when he was running?” Well, Kasich went on, he was trying to make every speech like that–tell the truth, let the chips fall. In the months since, he has been as good as his word. And if and when he does drop out, the regrets should be all ours: What a fresh voice we have squandered. 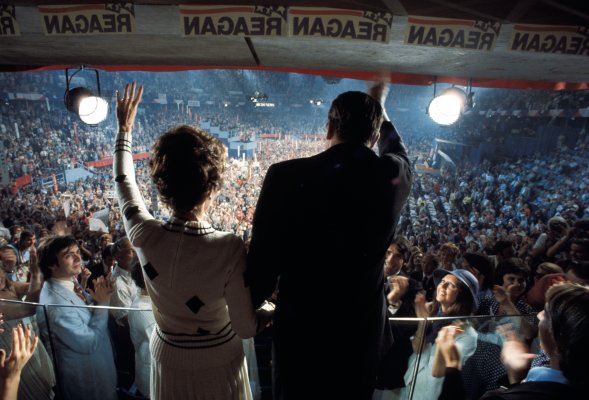 The Party of Reagan Is No More
Next Up: Editor's Pick