A 6-year-old had to be rescued by firefighters after she crawled inside a crane game machine during her birthday party.

The Wilkerson family and friends were gathered at Abby’s Legendary Pizza in Roseburg, Oregon to celebrate Melissa’s birthday, according to local news outlet NR Today. Her father, Ben Wilkerson, says he was helping with party details when another child told him that Melissa was climbing inside an ACME Crane Company game located inside the restaurant.

Wilkerson says he dashed over to find Melissa, who has autism, trying to climb through the prize chute to reach a stuffed animal inside. By the time Wilkerson and other adults reached her, Melissa had already managed to work herself inside the game.

“She wanted in there,” Wilkerson told NR Today. “If she wants to get to it, or she wants it, she will find a way one way or the other.”

Firefighters managed to pull the girl out in less than 30 minutes by removing the top part of the game. Abby’s Pizza says the machine has been repaired and fixed to avoid another child crawling in. 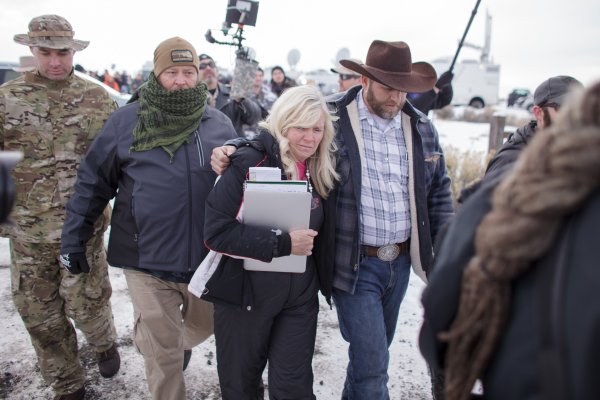 Oregon Occupier Sues Government for $666 Billion Over 'Works of the Devil'
Next Up: Editor's Pick