A man dressed up as the Democrat made an appearance at the event, shouting in character as Sanders, complaining about the economy and even giving Kasich praise for his calm debate performances.

“Hello, I just want to say I disagree with the young man’s numbers,” the Sanders impersonator announced after Kasich called him up. “I want to thank you for bringing a little class to the Republican debates.”

The performance may give comedian Larry David’s appearance as Sanders on Saturday Night Live a run for its money—including the bit at the end where he takes a selfie with Kasich using a flip-phone that only a parody of Sanders would own. 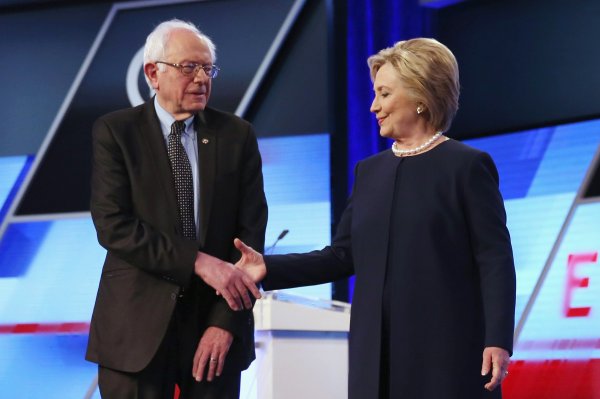 Showdown in the Sunshine State
Next Up: Editor's Pick