You Won't Believe How Much Processed Food Americans Eat

The American diet isn’t exactly a shining example of the best way to eat, but most people probably don’t realize how much of our daily favorites include ingredients that you’d never find in an actual kitchen.

In a study published in the journal BMJ Open, scientists led by Carlos Monteiro at University of Sao Paolo found that nearly 60% of an American’s daily calories come from “ultraprocessed” food, which Monteiro and his colleagues defined as food that contains ingredients such as flavors, colors, sweeteners and hydrogenated oils, emulsifiers and other additives that you wouldn’t cook with at home. The study also pinpointed, for the first time, this type of processed food as the main source of added sugar in the U.S. diet. Meanwhile, the report shows, Americans get less than 1% of their daily calories from vegetables.

MORE: Processed Food Hurts Your Immune System—And Your Kids’ Too

Nutritionists have long suspected that the increase in obesity, and its related health problems including diabetes and heart problems, are due to a spike in how many calories Americans eat on average, and that most of these calories likely came from sugar-laden foods and drinks like sodas, snacks, and baked goods. But by correlating the amount of energy people get from the calories they eat and the type of food these calories come from, Monteiro is the first to draw a strong line between the processed foods and added sugar consumption.

The study included information on what 9,317 people participating in the National Health and Nutrition Examination Survey said they ate in the past 24 hours. People who said they ate the most processed foods, which the surveys defined as soft drinks, salty snacks, cakes, pizza and frozen meals, also showed the highest intake of added sugars based on the sugar content of these foods. Nearly 90% of the average source of added sugars, in fact, came from processed foods. Overall, processed foods contained eight times more sugar than less processed foods such as breads, cheese and canned foods, and five times more sugar than unprocessed or minimally processed choices such as meats, fresh fruits or vegetables, grains and milk.

Monteiro’s study may also explain why attempts to reduce the amount of calories people eat by offering diet or low calorie options of the same processed foods doesn’t work. “They are still unhealthy because they don’t provide the nutrients of real foods,” he says. And when sugars are taken out, artificial sweeteners often replace them, and studies show that those may actually make people eat more, since the calories heralded by the sweet taste never come.

MORE: How This Woman Gave Up Processed Food for a Year—On a $16,780 Salary

There is some hope hidden in the study results, however. The findings point to a possible way to lower sugar consumption — by reducing how much processed food people eat. In the survey, 7.5% of the people with the lowest processed food consumption actually met the federal dietary recommendations of eating no more than 10% of daily calories from sugar. So if people avoid processed foods, it’s possible to reach recommended nutritional requirements.

It’s not a new message, but these results add more support to that advice. “That means having more minimally processed foods, more fresh dishes and meals that you prepare yourself,” says Monteiro. 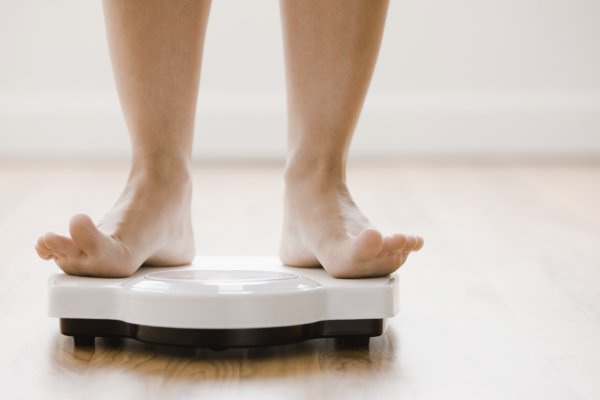