You can’t please everyone.

Religious groups are calling for a McDonald’s boycott after the company released a video advertisement in Taiwan featuring a boy coming out to his father, AdWeek reports.

In the 90-second McCafé commercial, the subject’s father apparently rejects his son’s homosexual revelation, pounding a fist on the table and quickly exiting the scene, leaving the boy alone and downtrodden. On the table there is a cup of coffee on which the son has scribbled “I like boys,” as translated by the China news site Shanghaiist.

Eventually, the father returns with a cup of coffee of his own. He then takes the boy’s cup in his hands and jots a few more characters on the exterior, changing the written statement to say, “I accept that you like boys.” Cue schmaltzy violin and piano tunes.

One group called the Alliance of Taiwan Religious Groups for the Protection of Family is leading the charge in condemning the commercial, and pushing for a boycott, Shanghaiist reports, citing local news sources. “Now, even if you want to just take a leak at a McDonald’s bathroom, you can’t help but feel polluted,” a representative reportedly said.

Others have shown their support for the ad on social media.

Denizens of Taiwan mostly tend toward a progressive stance on issues of gay rights, Shanghaiist notes, citing a poll conducted by the island nation’s Ministry of Justice, which found that 60% of the public approve of same-sex marriage. But there is also a vocal minority of Christians there who oppose such values, the site reports.

McDonald’s did not immediately reply to Fortune’s request for comment. 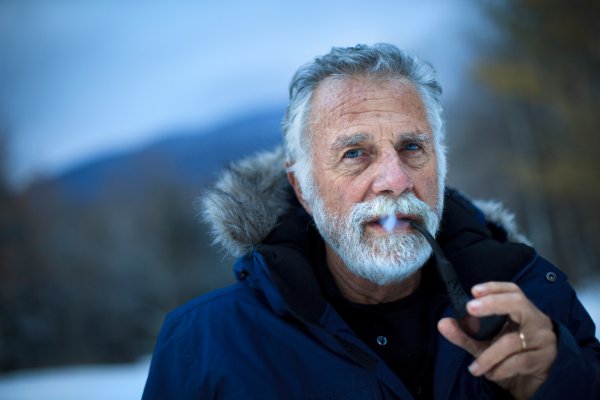 Dos Equis Is Retiring 'The Most Interesting Man in the World'
Next Up: Editor's Pick