Dorian Murray relaxes with his mom, Melissa, at their home in Westerly, RI, on Jan. 25, 2016.
Grace White—AP
By Melissa Chan

Dorian Murray passed away in his parents’ arms late Tuesday after a four-year battle with rhabdomyosarcoma, a rare soft tissue cancer, his family told TIME on Wednesday. “He went quite peacefully,” his father Chris Murray said. “It was something we knew was coming. We were both holding him.”

“The response to a simple conversation with my son that I posted up was incredible,” Chris Murray said, adding that he’s still stumped as to why his son chose China. “The fact that he got his wish and he became so famous is a blessing.”

Dorian’s dad said he knew the request was a “tall order,” but felt he had to try since his son rarely ever asked for things or complained about his disease since being diagnosed at age 4. The family had just learned the cancer was no longer treatable. “It was just one of those things, knowing what was happening, to try to make everything I could happen for him,” the 36-year-old said. “That was my biggest thing. So, I started asking around.”

Dorian remained defiant even as the disease worsened in the last few months, his father said. “He would always tell us, ‘Don’t worry. I’ll kick cancer’s ass. I beat it once, I’ll beat it again.’ He was always positive,” Chris Murray said. “No matter what came his way, he took it in stride and kept fighting even to his last breath.”

Dorian’s family said they hope the little boy’s courageous journey continues to touch thousands of more lives after his death. They have launched the Dorian J. Murray Foundation to spread awareness of pediatric cancer and raise money to support research and affected families.

“From everything that he’s gone through, we hope that everybody can take note of his strength and courage and hopefully his sacrifice will lead to a better world,” Chris Murray said. “If Dorian’s legacy is to bring everyone together and bring awareness to pediatric cancer, if he helps save the life of even one kid, it was all worth helping him get his wish.” 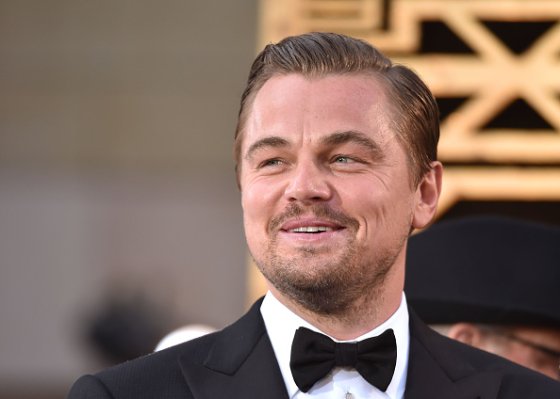 Brilliant Girl Scouts Use Leonardo DiCaprio to Sell Cookies
Next Up: Editor's Pick