Go, a Chinese board game that involves placing stones on a board to surround your opponent’s stones, presents a unique challenge to AI, as TIME wrote in January:

So it’s a big deal that AlphaGo was able to beat Lee, the first professional player ranked 9-dan (the top rank) it has ever played. “I was very surprised,” he said after the match, according to The Verge. “I didn’t expect to lose. [But] I didn’t think AlphaGo would play the game in such a perfect manner.”

The match was the first in a series of five, so Lee will get the his chance at revenge over the next week. 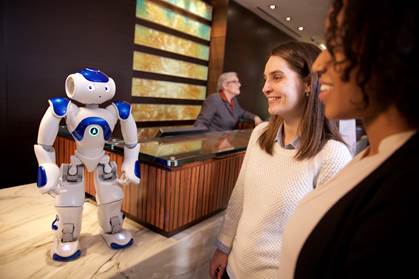 This Adorable Robot Wants to Greet You During Your Next Hotel Stay
Next Up: Editor's Pick