Why the U.S. Military's New Global Communications System Has Been Held Back By Protesters in Sicily

A "No MUOS" demonstration outside the American military base NRTF-8 in Nisceni, Italy, March 30, 2013.
Alessio Mamo—Redux
By Lorenzo Tondo/Niscemi, Sicily

Correction Appended 3/19/2016
A plateau above a Sicilian cork forest is the unlikely site of the linchpin of the U.S. military’s next generation global communications system. Three massive satellite dishes stand among 42 antennae but the blue lights that signal operation are not lit.

Construction of the dishes at the Naval Radio Transmitter Facility Niscemi and their operation have been hampered by demonstrations and legal challenges. Residents of the nearby town of Niscemi complain that the electromagnetic waves produced by the dishes and antennae are dangerous to human beings.

Last week, a Sicilian court allowed the base to operate its dishes to allow teams of monitors to measure the radiation, which the U.S. embassy says would have less impact on health than the radiation emanating from a mobile phone.

The military’s new system is designed to allow high quality communication with its operatives in any part of the world, even if they are blocked by thick forest canopies or heavy cloud. It will also cover much of the Arctic. The base station in Sicily is one of four—the others are in Hawaii, Australia and Virginia—that will communicate with five satellites to provide vital communications for the U.S. and its allies. The new system, known as Multiple User Objective System or MUOS is estimated to cost $7 billion and was built by Lockheed Martin. The final satellite arrived at Cape Canaveral Fla. this month in preparation for a May launch.

Jeffrey Galvin, a spokesman for the U.S. Embassy in Rome, says the facility at Niscemi is similar to a cell phone ground relay station. “Three of them are already operating in Virginia, Hawaii and Australia having passed environmental impact studies in those locations and have operated for several years with no negative environmental, health or public safety impacts. Repeated testing has shown that electromagnetic emissions from the array are well within U.S., E.U. and Italian limits,” he says.

Some Sicilians remain unpersuaded and angry at the project, which they feel was agreed by the government in Rome without concern for the environment or their health. “We do not give a damn how much money the Americans have spent on this military toy,” says Marianna Garofalo of ‘Mothers against MUOS’, as she protested outside the base last week. “We are concerned about the health of our children and they treat us like a bunch of guinea pigs. But we will not give up and will continue to struggle.”

The Niscemi base was opened in 1991 and contracts for MUOS were announced in 2004. Last week’s test was allowed to provide radiation test results for the court. The court will then rule if radiation is within acceptable limits and if the U.S. military can operate its satellite dishes. The base has also been subject to other legal complaints regarding planning permission.

But the Americans are tired of waiting. In an interview with Il Corriere della Sera, Italy’s leading national newspaper, earlier this month, the American ambassador in Rome, John Phillips, expressed his irritation with the protests: “We have waited too long,” said Phillips. “Italians must understand that MUOS will not just be for the benefit of the United States, but for the security of Italy, NATO and the E.U. The Italian government must do everything possible for it to be operational.”

The U.S. hopes that MUOS could be operational by the end of the year.

On Wednesday, Massimo Coraddu, a researcher for the National Institute of Nuclear Physics and a consultant for the ‘No MUOS’ pressure group disagreed with other scientists: “MUOS is dangerous. At its most powerful, even after short exposures, the effects are devastating. The consequences of prolonged exposure, at low intensity, are even more serious. And the damage would affect people exposed at distances even greater than 12 miles.”

Professor Salvatore Casale, telecommunications expert of Catania University, is of another opinion: “MUOS is no different from the existing telecommunications systems we use with our cellphones. To date the views of large organizations on global health say these types of emissions are nothing new to humans. MUOS is just a more technologically advanced system than that used in the past. It is as though the Americans were changing cellphones, from the old mobiles that we used in the 90s to the smartphones of today.”

Other Italians oppose the base development because it would implicate Italy in U.S. foreign policy and its activities in the Middle East. “With MUOS, Sicily will be transformed into a real aircraft carrier for the U.S. armed forces,” says Antonio Mazzeo, a writer on military affairs, “From Sicily, the Pentagon will be able to launch terrible instruments of death—fighter-jets, missiles, drones and even nuclear warheads—against civilian and military targets in Eastern Europe, the Caucasus, Africa, the Middle East and Southeast Asia, all with a simple click. This would make the island very vulnerable.”

Constuction of MUOS is now complete. The U.S. Navy is waiting for the judgement of the court and the launching of a fifth satellite before it can begin operating.

Correction: This article was amended to show that the communications base is at Naval Radio Transmitter Facility Niscemi not Naval Air Station Sigonella 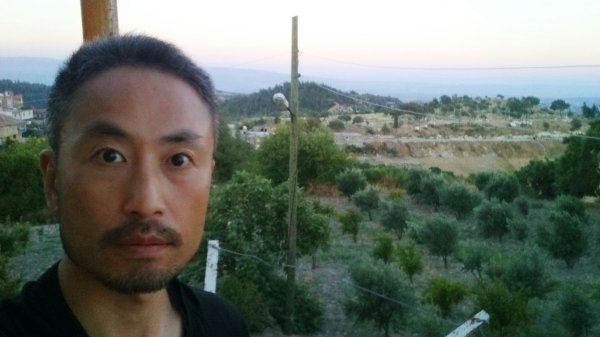 Video Released of Japanese Journalist Captured in Syria
Next Up: Editor's Pick