Migrants from Iran and Afghanistan, returned from Slovenia, arrive at the border line between Macedonia and Greece, near Gevgelija, Macedonia, 23 February 2016.
GEORGI LICOVSKI—EPA
By Rishi Iyengar

Slovenia tightened its border controls along the Balkans route leading into Western Europe on Tuesday, in an attempt to stem the flow of thousands of migrants seeking passage into the continent from Greece.

Only migrants with clear humanitarian concerns or those intending to seek asylum in Slovenia itself will be allowed entry, the BBC reported.

Following Slovenia’s announcement, Serbia reacted by imposing border restrictions of its own to prevent anyone without valid documents from entering from its neighbors Macedonia or Bulgaria.

“Serbia cannot afford to become a collection centre for refugees,” the country’s Interior Ministry said in a statement.

Macedonia has also cracked down severely at its border with Greece, where more than 13,000 migrants remain stranded and thousands more arrive each day. Austria, Hungary and Slovakia have also implemented similar blockades, jeopardizing the European Union’s passport-free Schengen region.

Over a million migrants, most of them from war-torn Syria, crossed over into Europe by sea last year in a desperate attempt to seek asylum. That number is projected to be surpassed this year, with close to 30,000 already having reached Greek and Italian shores in the first three months.

Leaders from the E.U. and Turkey are negotiating a deal that will involve the return to Turkey of migrants who enter the E.U. from its territory. Though talks are still in progress following a summit on Monday, the proposals have already been vigorously criticized by the UNHCR. 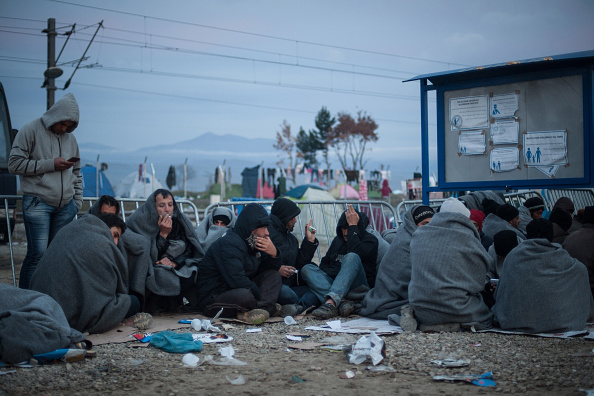