Canada will feature a woman on its currency and has begun an open call for nominations for female icons to grace its new polymer banknote, officials revealed Tuesday.

Canadian Prime Minister Justin Trudeau announced the historic campaign on International Women’s Day after unveiling a stamp and coin marking a century of women’s suffrage in the country. “I’m pleased to announce that the next new Canadian banknote will feature a woman,” he wrote on Twitter. “Who will it be? That’s up to you.”

The woman will grace the new banknote when it’s issued in late 2018, Trudeau and Minister of Finance Bill Morneau said. Canadians have until April 15 to make their recommendations on the Bank of Canada’s website. Eligible nominees must be Canadian citizens who have “demonstrated outstanding leadership, achievement or distinction in any field, benefiting the people of Canada,” according to the campaign’s rules. They must also have been dead for at least 25 years.

The idea comes as the U.S. searches for an American woman to grace its $10 bill. Trudeau plans to visit President Barack Obama this week for an official state visit.

All Canadian money already does have one prominent woman on it — Queen Elizabeth — though she’s not Canadian. 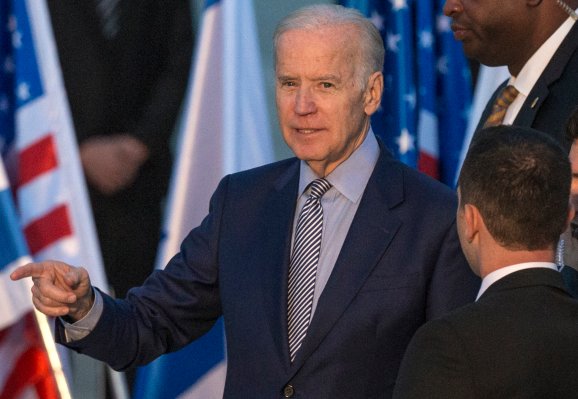 A Day of Terror in Israel Overshadows Biden's Difficult Visit
Next Up: Editor's Pick