Why Julie Andrews Had 'Misgivings' About My Fair Lady

When My Fair Lady opened on Broadway 60 years ago—on Mar. 15, 1956—TIME’s reviewer called it “a delight” and noted that “Rex Harrison and Julie Andrews play Higgins and Eliza to perfection.”

As related by the article, the then-20-year-old Andrews had been singing since the age of 8. (It was in an air raid shelter that her father led a group in a song to keep up morale, at which point her mother noticed that she “had a voice.”) She had been appearing on stage since the age of 12, and made her official Broadway debut the day before her 19th birthday.

And yet she approached My Fair Lady, the review noted, with “modest misgivings.”

Read more: Why My Fair Lady Is Better Than You Remember

The reason appeared to be the same one that many of the play’s early observers had: how would a quintessentially English George Bernard Shaw play, Pygmalion, fare in the quintessentially American art form of the Lerner and Loewe Broadway musical? Would the source material get messed up? Would she be able to carry off the part? After watching the movie of Pygmalion five times and taking accent lessons, she was ready. The result was a hit, and so was she.

“With her enchanting voice and looks, Julie Andrews takes the grime-to-glamour phase of Eliza in her stride, sweeping on to become the sensation of a great embassy ball,” the critic noted. “But after the ball is over, and the fairy tale shivers into a sexual feud, she plays with such added charm and force as to make the much trickier second act hardly inferior to the effulgent first.”

Both the Broadway production and its soundtrack became massive hits, and went on to inspire the 1964 movie in which Audrey Hepburn took on the part that Andrews originated. In 1961, it set a new record as the longest-running musical in Broadway history, with more than $50 million to its name.

Read the full 1956 review, here in the TIME Vault: My Fair Lady

Most Popular on TIME
1
How the U.S. and U.K. Failed Their Coronavirus Responses
2
Scientists: WHO Is Wrong About Airborne COVID-19 Spread
3
Hate Crime Charge Sought After BLM Mural Vandalized 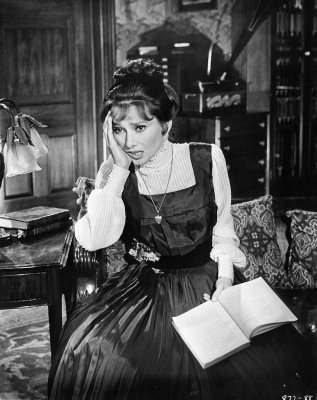 50 Years Later: Why <i>My Fair Lady</i> Is Better Than You Remember
EDIT POST