Everything I Love (and Worry About) in The Division So Far

With so many trying to tie Tom Clancy’s The Division to Activision’s Destiny, I’m surprised by how un-Destiny-like the final version of Ubisoft’s open-world online shooter feels. The games couldn’t be less alike, really, when you contrast Destiny‘s bouncy-floaty science fantasy skirmishing with The Division‘s rigorously tactical object-oriented gunplay.

The Division, out Mar. 8 for PC, Xbox One and Playstation 4, is the opposite of Destiny‘s romper-room runs through smallish Martian or Venusian zones sniping same-y enemies. Ubisoft’s basically created a sprawling, quasi-realistic version of Midtown Manhattan that’s all hardscrabble scampering between cover points while prudently popping teflon thugs. You play an autonomous soldier—and yes, I know this sounds ridiculous—trained to activate in the wake of a government-toppling crisis and help somehow restore order. In this case, the crisis is a weaponized smallpox pandemic that hits on Black Friday. In other words, Tom Clancy’s The Stand.

No way would millions of autonomous killers be this cooperative, but put your brain in park and enjoy it. You’re basically getting to run around in a gorgeous shooter theme park. Here’s the ride where you chase goons down a manhole to their underground lair. There’s the one where you pick off bodyguards before battling their crazy-tough boss. Here’s another that’s an arena with a barking emcee as enemies spawn in waves. Now try your luck fighting some heavies schlepping flame-throwers with the reach of firehoses, or others with shotguns, Usain Bolt’s legs and suicidal tendencies.

The bad guys in The Division are either dumb or drunk, given as they are to leaping on top of crates or cars and waving their uzis around like B-movie knuckleheads. You will laugh, often and out loud. They’re also bullet sponges, meaning they can weather insane levels of damage before crumpling. You’re shooting to chip away at a number, in other words, not line up insta-kill head shots. (Typically it’s a big number.)

That puts most of the onus on how you juggle your arsenal and use cover in firefights. It’s the city that makes the difference in The Division, serving up intricate, no-repeat public squares and debris-littered intersections you can approach from multiple vectors. Building interiors support flank approaches letting you sneak around to sandwich enemies with enfilade fire, and outdoor sectors often including climbable objects (cars, crates, low walls) or vantage points that add verticality to each encounter’s calculus.

What don’t I like? The Division throws an awful lot of information at you. It’s tucked inside a gorgeously intricate interface, granted, but I spent most of last night with my editor shooting the bejesus out of whatever came along and struggling to process all the game kept throwing at me. Collectibles that trigger holographic screen-recoloring overlays lie in eyeshot of gangs who’ll start lobbing grenades and geysering flames as you’re trying to listen to a narrator prattle on over your radio. Never mind trying to have a casual headset conversation with a teammate, much less coordinate sophisticated maneuvers. This is where The Division‘s otherwise laudable open-ended-ness works against it.

I could also do without the repetitive attaboys and insults from the world’s generic inhabitants. Lines like “That was some nice work!” or “If you hadn’t shown up, things might have gone very different…” seem old even the first time you hear them. As is “Get the bitch!” if you choose to play as a woman, where it seems sadly the go-to jibe from foes.

But I have miles to go. I’m nearing level 10, but only now starting to see stuff beta players hadn’t during the pre-play period. There’s a brief prologue that transpires on the edge of Brooklyn before you helicopter over to the island that better sets the stage. And some of the missions are getting interesting, with multiple stages that take place in unique sections of Midtown. The game has yet to reuse an area on me—and that’s another thing The Division seems to have going for it over Destiny. 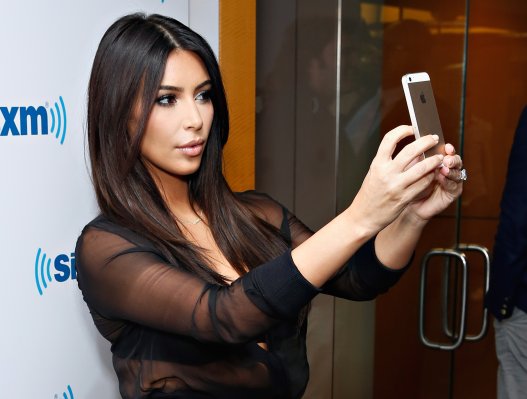 Kim Kardashian Wants You to Know She's Making Bank on Her iPhone Game
Next Up: Editor's Pick