Mark your calendars with a Post-It Note — one of the cult classics of the ‘90s is prepping a leap to the stage.

In dual Instagram posts, actresses A.J. Michalka (The Goldbergs) and Stephanie Wall revealed their roles as Romy and Michele.

The film’s screenwriter Robin Schiff is penning the musical’s book; Gwendolyn Sanford and Brandon Jay (who have served as composers on Orange Is the New Black and Weeds) will write the show’s music and lyrics, boasting an “’80s and ‘90s pop-rock-inspired score.” Rock of Ages director Kristin Hanggi and choreographer Kelly Devine will direct and choreograph the high school (reunion) musical, respectively.

The 5th Avenue Theatre has previously served as the testing site where a handful of other big-ticket musicals have made their out-of-town premieres, notably including Aladdin, Shrek, Catch Me If You Can, and Hairspray. Romy and Michele will make its world premiere in Seattle from June 8 through July 2, 2017, before it vacates the theater for the arrival of the Fun Home national tour. 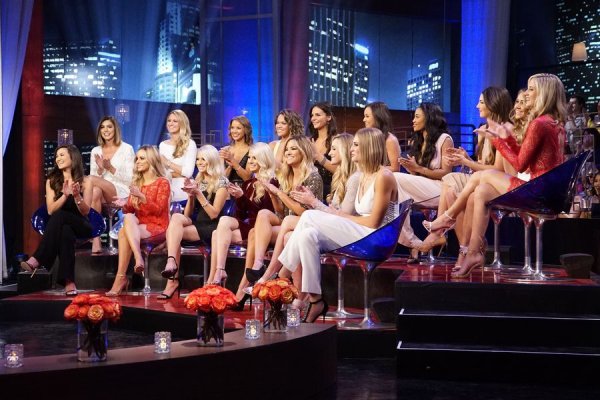 The Bachelor Watch: The Women Tell All
Next Up: Editor's Pick