The Bachelor Watch: The Women Tell All

Welcome back to The Bachelor where the audience is still reeling from the fact that upright citizen Ben Higgins threw The Bachelor rule book out the window and told two different women that he loved them. As Bachelor Nation sorts out their complicated feelings about whether Lauren B. or Jo Jo should get a Neil Lane diamond slipped on their finger next week, the women cast aside on Ben’s path to love have gathered together for an autopsy of love.

The gang’s all here, including last week’s Fantasy Suite castaway Caila, single mom Amanda, Chris Soules’s detritus Becca, Jubilee, the Chicken Enthusiast who only made it one week (because Ben hates chickens, apparently), both twins, and Leah, Lace, and Olivia, who were all vying for this season’s villain.

One by one they’ll talk to Chris Harrison about what they did to alienate Ben and each other. Of course, the best part of any of these recap shows is watching the women’s faces while they realize that they have to re-watch all the horrible things they said about each other while sitting right there.

Here’s what happened when the women told all:

Jubilee: Jami a.k.a. “the token Canadian” who is bi-racial, was offended when Jubilee called herself the only “full black girl.” When Jami and Amber called her out about it, Jubilee looked them straight in the eye and apologized, you know, like a grownup. While the producers — and Shushanna — may have wanted more drama, Jubilee just handled the situation and ended it. She’s been to Afghanistan, these women are nothing.

Chris Harrison told Jubilee that Ben was really into her and was rooting for her (does a Bachelor root for someone?), but then she stopped communicating, which is right up there with not being vulnerable as far as Bachelor Deadly Sins go. Jubilee admits that she freaked out about her boyfriend dating 27 other women and just couldn’t handle the reality of the situation. She’s been through a lot and didn’t want to make herself vulnerable for some bland dude who was dating a bunch of equally bland blondes. Has she mentioned that she is still in the military and just made Sergeant? She doesn’t need to prove anything to anyone. Chris Harrison thanks her for her service and it’s hard to tell whether he’s talking about on show or in the Army Reserves.

Lace: Lace was positioning herself to be this season’s Villain complete with emotional meltdowns, possible over-drinking, and bold proclamations about her relationship status with Ben. Then she made a brave — and rare — choice: she left the show to take care of herself emotionally. The Bachelor was not a good fit for her, she couldn’t handle the competition and stress, and knew she would be better off at home. It’s a healthy choice, which is completely undone when Chris Harrison offers her a slot on Bachelor in Paradise. It is hard to argue with a free vacation. Before she can start packing her bikinis, a guy from the audience interrupts the proceedings to tell Lace that she’s crazy alright, crazy beautiful. Then he whips off his shirt to reveal a tattoo of Lace’s face. For everyone’s sanity, we’ll just assume it’s fake. Then the shirtless guy and Lace take a photo together, but Chris Harrison keeps barking at the guy not to touch Lace because that would be creepy — as opposed to the rest of this strange interlude.

Olivia: Before everyone knew that Olivia was very Olivia, she earned the First Impression Rose and pegged herself as the front runner, taking rose after rose after rose in an impressive streak, especially for someone who was eventually abandoned on an island during a hurricane. Even on the two-on-one date, right before she was left on said island, she was absolutely certain she would be walking off into the sunset with Ben. Obviously all the other women hated her. In the hot seat, Olivia admitted that watching her whole downward spiral was “not fun.” As the women piled on her, listing her many transgressions, Olivia claims to have learned a lot from this experience, but none of the women were listening. When Olivia eventually breaks down in tears, she apologized again, admits that she was bullied as a child, and then everyone felt bad.

Caila: Last week, Ben walked into the Fantasy Suites saying that he loved two women. Neither of them was Caila. Chris Harrison pulled her into the hot seat and did that thing that Dr. Melfi used to do to Tony Soprano and and just pushed the tissue box towards her. Her chin quivered daintily as she watched the video clip showing her slow spiral from love interest to friend zone. At the end of the slow motion replay, Caila says she wants someone to love her as much as Ben loves Lauren B. AND Jo Jo. Oh, Caila, aim higher.

Ben: In the wake of telling two women that he loved them, the first question out of Chris Harrison’s mouth to Ben was: “You do know what a mess you’re in, right?” Ben shrugs and mumbles something about compartmentalizing his relationships. He may have over-compartmentalized, though, like a TV dinner whose mashed potatoes and meatloaf never touched. Ben tells Caila that he “appreciated their conversations,” which is just what every girl wants to hear. Jubilee wanted to know why Ben was okay with Jo Jo and Caila being hesitant to open up, but basically dumped her for the same thing and Ben surprisingly didn’t just shrug that he wasn’t that in to her. Leah wants to know why Ben put her in such an awkward position by telling Lauren B. that he made up a story about her. Ben rolled his eyes, because her lie was between her and the lord, you big liar. Amanda was touched by the fact that Ben cried when he dumped her and Becca was thrilled to know that men like Ben exist, even if they want nothing to do with her. The best blooper was when Becca accidentally called Ben, Chris.

Next Week: Ben finally decides who he should dump. As usual, Chris Harrison promises it’s the most dramatic rose ceremony ever. Yeah, yeah, sure it is. We’re not falling for that again, Harrison. 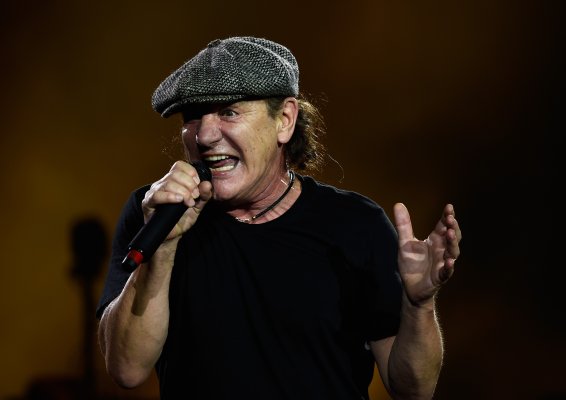