Another video games studio founded by industry personality Peter Molyneux appears to be on the verge of closure.

Microsoft writes in a surprise Xbox wire post March 7 that longtime Xbox One exclusive Fable Legends has been cancelled, and that it’s “in discussions with employees about the proposed closure of Lionhead Studios in the UK.”

Note the operative word in that last sentence is “proposed,” so the lights aren’t off yet. But with Fable Legends yanked from the studio’s lineup and nothing else we know of in the pipe, it’s hard to imagine the studio soldiering on.

Lionhead arrived on scene in 1996, formed by Molyneux after he left U.K. studio Bullfrog, where he led development of quirky, genre-upending games like Populous, Syndicate, Magic Carpet and Dungeon Keeper. Lionhead continued in a similar vein with Molyneux-ish efforts, like the god-game Black & White and the popular fantasy roleplaying Fable series.

After Molyneux left in 2012, the studio turned its attention to Fable Legends, an Xbox One exclusive intended to bring the Fable-verse online in a “four good guys versus one bad guy” cooperative action-roleplaying game.

Microsoft adds that it’s “working closely with those affected by today’s news to find them new opportunities at Xbox, or partnering with the broader development community to help place them in jobs elsewhere in the games industry should they desire.” 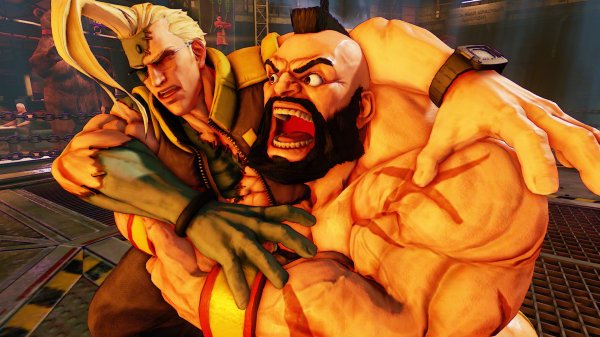 Why You Shouldn't Rage-Quit Street Fighter V
Next Up: Editor's Pick