The publisher/developer of the popular action-brawler says it’s now targeting players with “high disconnect rates,” and that it’s already docked 30 of the worst offenders “league points.” League points are earned from winning matches, and determine a player’s rank.

Imagine, if you’re not into fighting games but curious, slugging it out with someone else online, chiseling away at their life bar, only to have your opponent bail before the match ends. The goal of the rage-quitter is to maintain their rank and win-loss ratio, thus in a game where there’s no penalty for pulling the ripcord early, there’s arguably an incentive to quit. Given how old and endemic this issue is to online fighters, why Street Fighter V shipped without a built-in penalty box is anyone’s guess. But at least it’s now policing the worst violators.

“Players who log into their account and see that their LP and Rank has dropped significantly can consider this a warning,” wrote Capcom in a recent blog post. “We will be continuing to monitor these accounts in the coming weeks and will take further action if needed.” Capcom says it’s looking for players with an “80-90% disconnect rate,” meaning accounts that “sit far outside the norm as compared to the majority of other players.”

The company says these weekly manual sweeps and league point adjustments are a short term solution, and that it’s working on a permanent one. 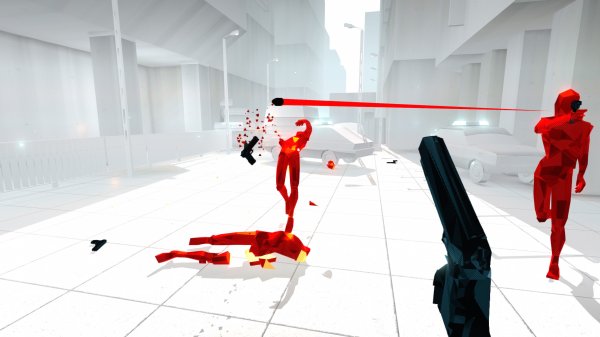 Superhot Is a Shooter Where Time Moves Only When You Do
Next Up: Editor's Pick