The right-wing media personality called Trump a “dangerous man” during his appearance Sunday on ABC’s This Week with host George Stephanopoulos. “We all look at Adolf Hitler in 1940. We should look at Adolf Hitler in 1929,” Beck said. “He was a kind of a funny kind of character that said the things people were thinking. Where Donald Trump takes it, I have absolutely no idea. But Donald Trump is a dangerous man with the things that he has been saying.”

Comedian Louis C.K. made the same comparison on Saturday, calling Trump an “insane bigot” while urging voters to stop supporting him. “It was funny for a little while. But the guy is Hitler,” he said. “And by that I mean that we are being Germany in the ’30s. Do you think they saw the s–t coming? Hitler was just some hilarious and refreshing dude with a weird comb over who would say anything at all.” 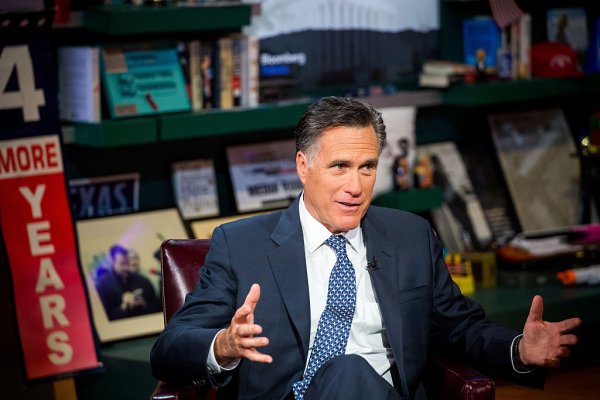