If there’s one thing most Holocaust movies have in common, it is that they take place during the Holocaust. At their best, they make the atrocities of those years feel immediate to generations born decades later and a world away. But director Atom Egoyan’s thriller Remember, which opens in New York March 11 and expands to more cities throughout the month, takes a different approach. It’s a Holocaust movie that takes place today, confronting the aftermath of a brutal regime as Christopher Plummer, playing an elderly man suffering from dementia, struggles to recall not only what happened to him long ago, but things as immediate as his name and the day of the week.

In the movie, Plummer plays Zev, a nursing home resident whose friend Max, an Auschwitz survivor, sends him on a cross-country mission to murder the Nazi who killed their families. Plummer is more than half a century into a career that counts The Sound of Music, an illustrious resume in theater and a bevy of accolades among its highlights—in 2012, at the age of 82, he became the oldest actor to win an Oscar, for Beginners—yet he logs more screen time here than in perhaps any of his 100-plus previous films. Making his way from state to state in search of his target, Zev is nearly never off-camera. “I think there was too much of me,” Plummer says. “I was a little too eager and hungry to be in every scene.”

For him, this story’s appeal—apart from the pure endurance test it offered him as an actor—lay in its unconventional take on a chapter of history that gets mined for meaning so frequently. “The curiosity is still there, isn’t it?” he says, referring to audiences who keep turning out for movies about the Holocaust. “A dreaded attraction, but it draws people in. [But] it can be overdone, and I thought that this had a different angle to it—it wasn’t the story of Nazis and concentration camps.”

Instead, Zev’s journey has him waking up each morning in a new hotel room further from home, coaxing his mind back to memory with a letter Max has written explaining who he is and what he is to do. There are four men in North America who bear the name Rudy Kulander, and he must determine which one is deserving of the bullets in his newly acquired handgun. Each encounter presents a mystery: In one, shown in the clip above, he finds himself at the home of one Rudy Kulander’s son, played by Dean Norris, who—with a German Shepherd named Eva and boxes full of Nazi memorabilia—reminds us that some sympathies still run deeper than we might like to believe.

Acting, of course, depends on one’s capacity for memory, whether it’s memorizing lines or director’s notes or stage directions, and incorporating them all in a single take. But for Plummer, the trick to playing a man who can’t remember was to surrender to forgetfulness himself. “You just go to the idiot side of your brain and pull things out of that,” he says. “You just have to be beautifully helpless.”

Though Remember is first and foremost about preserving the memory of terrors rapidly receding from our collective memory—in one scene, a little girl asks Zev, innocently, “What’s a Na-zee?”—it’s also a confrontation of a different kind of terror: the helplessness that accompanies aging. “It had been very much on my mind because so many of my friends have Alzheimer’s,” he says of his process of inhabiting the unraveling mind. “It’s so sad, it’s just dreadful.”

The timing of Remember’s release is uncanny, as its tale of vigilante justice parallels a story of more officially sanctioned justice unfolding in Germany, where a 94-year-old former SS officer named Reinhold Hanning is on trial for his role in the murders of thousands at Auschwitz. As the number of men and women who lived through the Holocaust rapidly dwindles, the themes of memory and justice Egoyan addresses continue to play out on a real-world stage.

And for younger generations to whom Hanning’s trial feels too remote to resonate, Plummer hopes this film will stun them into understanding. “The problem with the modern generation is they talk nothing of the past—they don’t seem to have any interest in it,” he explains. Plummer still believes in the power of shock value. “I think it’s a very good idea to show them, in an almost cruel way, that there was a very theatrical horror story going on in their past,” he says. That’s why Remember feels so fresh: It shocks not by baring the horrors themselves, but by exposing what could be reaped generations down the line. 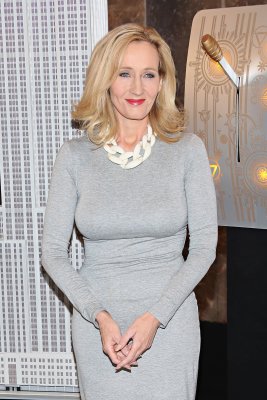