Review: The Galaxy S7 Is Samsung's Best Phone Ever

The good: Beautiful design; Long battery life; Great low-light camera
The bad: Collects fingerprint smudges; Comes with unnecessary apps
Who should buy: Smartphone shoppers looking for a device with a great screen and camera who are willing to splurge

Samsung just gave Android fans a major gift: A smartphone that can go toe-to-toe with Apple’s best efforts, and in some ways come out on top. Frankly, the Galaxy S7 is the best phone the South Korean electronics firm has ever made.

There are two versions of Samsung’s latest flagship smartphone to choose from: The 5.1-inch Galaxy S7, and the 5.5-inch Galaxy S7 Edge. The latter of which has a screen that’s slightly curved on either side.

Both devices are an evolution — a perfection, one might say — of what Samsung set out to do with its previous effort, the Galaxy S6. The new models have small, but important, differences from their predecessors. Users can add extra storage, the return of a feature Android diehards are sure to celebrate. The camera doesn’t jut out awkwardly from the back of the device. And both phones are water resistant, meaning the occasional spill won’t spell certain doom.

Taken together, these elements — combined with improvements like a better camera and speedier processor — make the Samsung Galaxy S7 one of the best phones you can buy today. It’s priced at just under $700 without a carrier subsidy, while the Edge model runs about $100 more. Exact costs vary with different carriers.

Here’s what it’s like to use both phones, which officially launch on March 11.

How they look and feel

Technology fans have long criticized Samsung’s smartphone design choices, from the plastic-cased Galaxy S4 to the Band-Aid-like dimpled back panel on the Galaxy S5.

But tech pundits started singing a new tune with last year’s arrival of the Galaxy S6, the design of which represented a radical rethink on Samsung’s part. Most of the S6’s celebrated design language, like glossy glass and smooth metal, has made its way to the S7, albeit with tweaks. The standard Galaxy S7’s back is slightly curved, making it more comfortable to hold. The camera on both phones is now flush with the back of the device. The Galaxy S7 Edge stands out in particular for having a screen size matching that of Apple’s iPhone 6 Plus, despite having a smaller overall device size.

Both S7 phones have a nicer, more elegant look than most Android devices I’ve used. But they don’t stay in mint condition for long, as they’re definitely fingerprint magnets. After about a day’s worth of use, the front and back of my S7 were just as smudged as its screen. This can be avoided by using a case, but it’s worth noting for those who prefer not to cover their phones. The hardware design also means you can’t swap out the Galaxy S7 or S7 Edge’s battery like you can with other Android devices, such as the LG G5 and Samsung’s older phones.

The Galaxy S7’s screen is gorgeous and sharp, just like Samsung’s previous high-end smartphones. Both devices feature a Super AMOLED screen with a 2560 x 1440 resolution. Colors pop more boldly here than on the iPhone 6s Plus’ LED 1920 x 1080 screen.

Samsung’s new Galaxy S7 devices can also show helpful data like the time, date, and battery status even while the screen is turned off. This feature turned out to be surprisingly useful. Glancing over at my phone instead of reaching for it to check the time was especially convenient.

The Galaxy S7 and S7 Edge have high-quality cameras that capture great images in a wide range of scenarios. The camera’s pixels are slightly larger than those of last year’s model, which in practice means it’s better in low-light conditions. The phones’ autofocus speed has gotten a boost thanks to a technique that uses nearly all of the camera’s pixels to focus, rather than just a portion of them.

During my tests, the Galaxy S7 captured photos that were bold, sharp, and colorful, as did Apple’s iPhone 6s Plus. When comparing the same image taken with either phone side-by-side, I found that the sky seemed bluer and more vibrant in the photo taken with Apple’s device. Samsung’s phone captured an excellent shot, but the shade of blue seemed a bit washed out. See both photos below.

The Galaxy S7 excels over the iPhone when shooting photos in dark indoor areas. In a photo taken inside a poorly-lit bar, I noticed my subject was clearer and more visible.

The Galaxy S7 can easily last through an entire work day on a single charge, even when the screen’s Always On feature is activated. The phones survived for a little over a day and a half after I used them moderately throughout the day to do things like stream Netflix, browse the web, and check my email. As with other phones, battery life will vary depending on how the S7 is used.

One of the best parts of using an Android device compared to an Apple iPhone is the level of customization they afford. Users can personalize the phone’s theme and add widgets, or interactive icons, to their home screen. But that flexibility comes with an unintended consequence: Clutter. Carriers and phone manufacturers add their own apps and services to the Android gadgets they sell, meaning a phone’s interface can quickly get messy.

The Verizon version of the Galaxy S7 I tested came with a folder dedicated to Verizon’s apps, another folder for Samsung’s apps, and a widget advertising Samsung’s apps on one of its home screens. Then there’s also a folder dedicated to apps made by Google, which is standard for most Android devices. I much prefer the simpler, stripped-down interface of Google’s Nexus devices and the iPhone. That being said, not all manufacturer additions are bothersome. Samsung’s modified version of Android includes some useful features, like the ability to launch the camera by double tapping the home button.

One of Samsung’s newest additions is the Edge sidebar, which is a software column that users can access by swiping out from the Galaxy S7 Edge’s curved portion of the screen. Here, users can flip through various sidebars, such as a feed of news headlines, apps, favorite contacts, shortcuts to specific tasks (like sending an email to your boss) and more. Third parties can develop Edges (Yahoo News already has one), so we’re likely to see more choices in the future. I occasionally used the Edge sidebar to launch an app quickly or check the news, but I wouldn’t consider it a necessity.

Samsung says that both the Galaxy S7 and Galaxy S7 Edge can be submerged in five feet of water for up to 30 minutes and live to tell the tale. In testing this, I found that both phones functioned normally after I held them under a running water faucet. I was even able to use the touchscreen while the water poured over the phone, although the fingerprint sensor didn’t work while wet.

Samsung’s Galaxy S7 and Galaxy S7 Edge are attractive, well-built Android phones that offer great battery life and an excellent camera. Those looking to splurge on a high-end Android device should consider the Galaxy S7 or Galaxy S7 Edge.

But there are still a few drawbacks to consider. The glossy design gathers fingerprint smudges easily, which means you’ll have to use a case or clean it often. And Samsung’s software is still cluttered compared to that of Apple’s iPhone and Google’s Nexus phones. 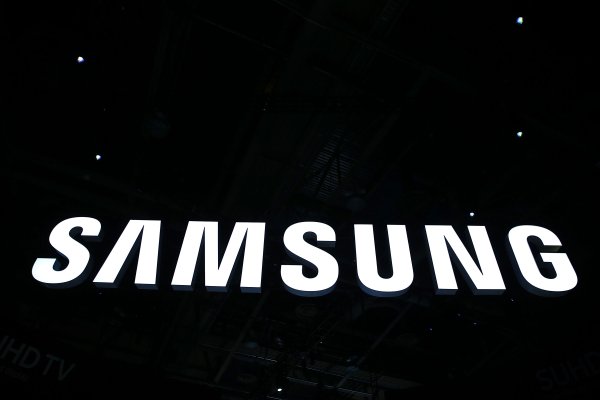 Samsung Wins Appeal in $120M Patent Fight With Apple
Next Up: Editor's Pick