A woman use an "Oculus VR" virtual reality device during a press preview of the "Facebook Innovation Hub" in Berlin on February 24, 2016.
Tobias Schwarz—AFP/Getty Images
By Don Reisinger / Fortune

Mac owners hoping to get their hands on the Oculus Rift virtual reality headset are out of luck. And it’s all because they’re running second-rate computers.

That’s the claim from Oculus VR founder Palmer Luckey, who spoke to video games website Shacknews in an interview published Thursday. When pressed on when Oculus Rift might eventually work with Macs, Luckey said it’s ultimately “up to Apple.”

“If they ever release a good computer, we will do it,” Luckey said in the interview, taking a shot at the company’s Mac line.

Luckey didn’t stop there. He added that if a consumer buys a “$6,000 Mac Pro,” referring to Apple’s high-end desktop computer, he or she still wouldn’t have the graphical firepower required to run the Oculus Rift.

Since then, Oculus has been working on its Rift headset to compete in what promises to be a crowded field. The Oculus Rift will start shipping this month. The device costs $599. Several other companies, including Sony, Samsung, and HTC, are all working on virtual reality headsets.

The virtual reality hype is at a fever pitch. After years of anticipation, 2016 promises to either be the year that VR headsets, which place users into 3D environments, take off or once again flounder. Indeed, headsets launched in the past ultimately fell flat. Oculus, along with its competitors, believe things will be different this time around.

The other issue with virtual reality is that the content typically requires high-end graphics, meaning a top-of-the-line computer is required to get the full experience. VR video games are not traditional titles that limit users to what they see in the screen. Instead, gamers are placed inside the games (or movies and other content) and allowed to look around. A 360-degree graphical environment, in other words, is far more complex and requires the full might of today’s computers to deliver that complexity to a headset.

Despite Luckey’s seeming troubles with Apple’s current computers, he didn’t ultimately count out the iPhone maker. He told Shacknews that if Apple ever updates its graphics cards to an option that would accommodate the Rift’s requirements, he’d “love to support Mac.”

“But right now, there’s just not a single machine out there that supports it,” he said. 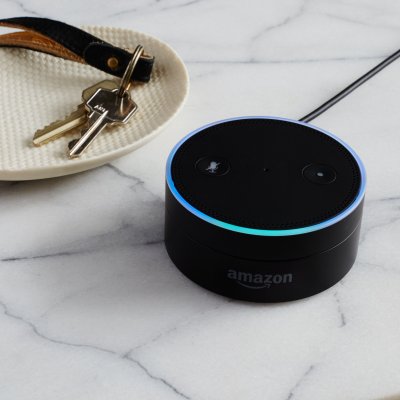 Everything You Need to Know About Amazon's New Echo and Smart Speaker
Next Up: Editor's Pick