Former Presidential candidate Jim Webb said Friday he would not support his one-time Democratic rival Hillary Clinton, but he did not rule out support for the Republican frontrunner Donald Trump.

“I would not vote for Hillary Clinton,” Webb said Friday during an interview on MSNBC after indicating he had not yet made up his mind about voting.

When asked about Trump, the former candidate said, “I’m not sure yet, I don’t know who I’m going to vote for.”

The answer left just enough room for speculation that a vote for Trump is possible.

“The reason that Donald Trump is getting so much support right now is not because of racists, etc, etc. It’s beacuse people are seeing him as the only one who has the courage to step forward and say we’ve got to clean out the stables of the American governmental system right now. We’ve got to make it work”

Voting for Trump, Webb said, “you may get something very good or very bad. Voting for Hillary Clinton, you’re going to be getting the same thing.”

Webb, who withdrew from the primary in October said though he and his campaign considered running as an Independent it’s an expensive process. 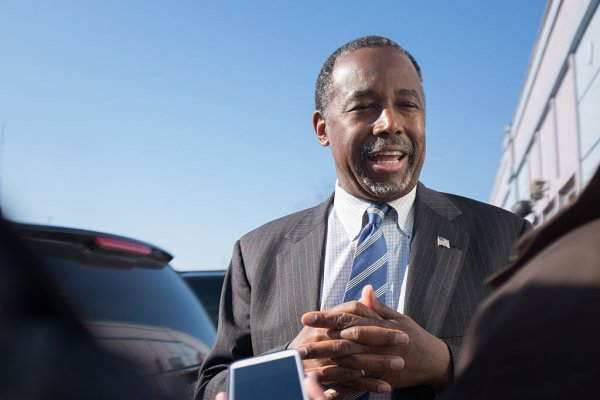 How Ben Carson Raised $85 Million
Next Up: Editor's Pick