Actor Mark Hamill says Luke Skywalker could be gay if viewers want him to be. After director J.J. Abrams hinted that there could be gay characters in the Star Wars universe, Hamill suggested that Skywalker’s sexuality is open to interpretation.

“But now fans are writing and ask all these questions, ‘I’m bullied in school… I’m afraid to come out’. They say to me, ‘Could Luke be gay?’ I’d say it is meant to be interpreted by the viewer,” Hamill told The Sun. “If you think Luke is gay, of course he is. You should not be ashamed of it. Judge Luke by his character, not by who he loves.”

Abrams said last month that “of course” the Star Wars universe could include gay characters, suggesting that the diversity audiences loved in Star Wars: The Force Awakens might not be just the tip of the iceberg. “To me, the fun of Star Wars is the glory of possibility,” he said. “So it seems insanely narrow-minded and counterintuitive to say that there wouldn’t be a homosexual character in that world.”

Considering the only woman Luke has ever kissed onscreen turned out to be his sister, it seems like Skywalker’s sexuality could definitely contain some revelations in future movies. 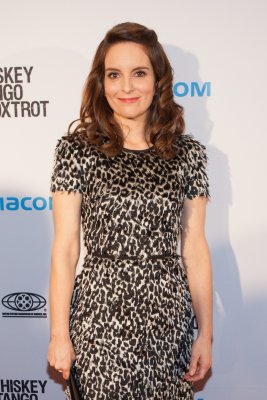 Tina Fey Talks About Her 'White-Lady Problems' in New Film
Next Up: Editor's Pick