U.S. Has Too Much Oil. So Why Are Imports Rising?

Despite domestic production declining and demand surging, the EIA reported oil inventories surge by more than 10 million barrels, or more than three times what was expected.

Thus, over half of the said increase in inventory was driven by higher imports and an arbitrary adjustment that seems routine by the EIA. Domestic production actually fell by 25,000 B/D in the week ending on February 26. Also gasoline inventories fell 455,000 barrels, or nearly 5 percent, as capacity utilization rose 1 percent. Total gasoline supplied, which is a gauge of demand over last 4 weeks, has risen a whopping 7 percent.

Oilprice.com: Does This “Panic Index” Show A Major Crisis Coming In Oil And Gas?

Now the real question is with U.S. production declining and inventories at record levels, why are refiners still importing at such heights? The 8.2 million barrels per day imported in the week came very close to the record in December, missing by some few percentage points. U.S. commercial domestic crude oil stocks are now nearly 17 percent above last year levels. None of this adds up: We are producing less, inventories are rising, while demand is at records and yet we are using more imported oil? The chart below depicts these very odd phenomena.

Moreover, most incremental U.S. output is light sweet crude from shale regions, as is the imported oil. The only logical answer that seems possible is that OPEC is undercutting light sweet U.S. crude pricing, so as to incentivize refiners to use imports. So are we then to believe Saudi Arabia that it isn’t at war with U.S. shale?

It is also clear that without higher OPEC output (thus higher imports to the U.S.) domestic stocks in the U.S. would be declining along with production. OPEC increased production by some 1.5 mb/d since oil prices peaked in 2014. The additional Iran supply will come on top of that. In short, it is pretty clear that someone is trying to drive the nail in the coffin for U.S. production. 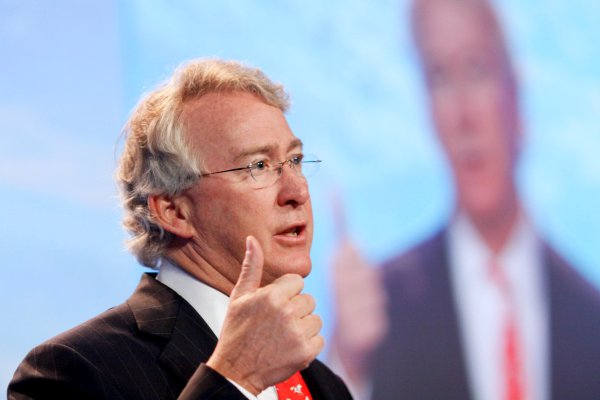 What to Know About Natural Gas Titan Aubrey McClendon
Next Up: Editor's Pick