Later this month, Ben Affleck will become the first actor to play Batman onscreen since Christian Bale hung up the cape and cowl, and for Affleck’s sake let’s hope he looks back on the role a tad more fondly than his predecessor.

Speaking to Yahoo, Bale said his performance as the Caped Crusader across director Christopher Nolan’s three Batman films had some room for improvement. “I didn’t quite manage what I hoped I would throughout the trilogy,” Bale said. “Chris did, but my own sense of self is like, ‘I didn’t quite nail it.’”

Bale explained how his read of Batman was as this “very, very, very dark, messed up character.”

“I found when I put on the suit, I felt like, ‘I just feel like a bloody idiot if I don’t use this as a means of, It’s his true monstrous self that he allows to come out in that moment. Let’s do that,’” he said.

But according to the star, it was Heath Ledger’s performance in The Dark Knight which threw a wrench into those plans. “Heath turned up and just kind of completely ruined all my plans. Because I went, he’s so much more interesting than me and what I’m doing,” Bale said.

As for Affleck’s take on Batman, Bale is confident. Speaking to Entertainment Tonight this week, he said the trailers for Batman v Superman: Dawn of Justice are “looking great.”

“Everyone brings their own element to that [role] – Ben will do that as well,” Bale said.

For much more on Batman, Superman, and the rest of the DC Comics movie universe, head here. 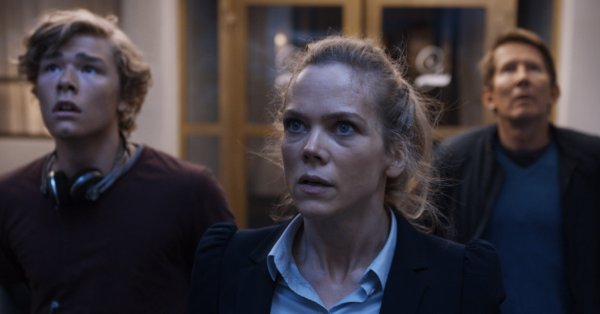 Review: An Idyllic World Turns Deadly in Norwegian Disaster Film The Wave
Next Up: Editor's Pick