So far, Bernie Sanders’ “political revolution” is just a slogan. Grassroots progressive organizations are trying to make it something more.

Democracy for America, a million-member organization, on Friday endorsed Zephyr Teachout of New York and Pramila Jayapal of Washington for Congress. Both Teachout and Jayapal have endorsed Sanders.

It’s part of a wider effort to realize the Vermont Senator’s dream of progressives challenging establishment candidates. So far, Sanders has lent virtually no support to down-ballot candidates, even as Hillary Clinton has raised millions for the Democratic Party to support congressional and Senate races. Clinton raised $4.4 million for the Democratic National Committee and state parties in February alone.

Democracy for America’s endorsements are part of the muscle intended to turn Sanders’ vision into victories.

“When Bernie Sanders calls for a ‘political revolution,’ he isn’t thinking just about the race for the White House,” said Jim Dean, chair of Democracy for America, in an email to members. “Bernie knows that the political revolution involves millions of people standing up to transform our country.”

Sanders, who is trailing Hillary Clinton in the race for the Democratic nomination, has incited progressives to challenge establishment Democrats in down-ballot races. Progressives like members of Congress like Raúl Grijalva and Keith Ellison have tried to encourage Democratic leadership to follow the lead of the liberal base of the party.

“There’s a deep commitment to the message and the messenger right now and I hope the party understands that,” said Grijalva in an interview last week about Sanders, whom he has endorsed.

It is early to say whether those candidates will get much momentum. But a widespread disaffection among liberals and some Independents with the Democratic Party’s leadership has helped boost Sanders’ candidacy, even as his path to the nomination appears increasingly unlikely.

Teachout is running in New York’s 19th Congressional district on the platform of getting money out of politics. She had a surprisingly strong showing in a challenge against the state’s Democratic Gov. Andrew Cuomo in 2014. “People feel like the system is rigged. They feel like there in a system without a lot of power and people are shut out by a few political insiders,” Teachout said in an interview last week.

Democracy for America has endorsed Sanders, as has Working Families Party, another progressive organization that is pushing down-ballot progressive candidates. 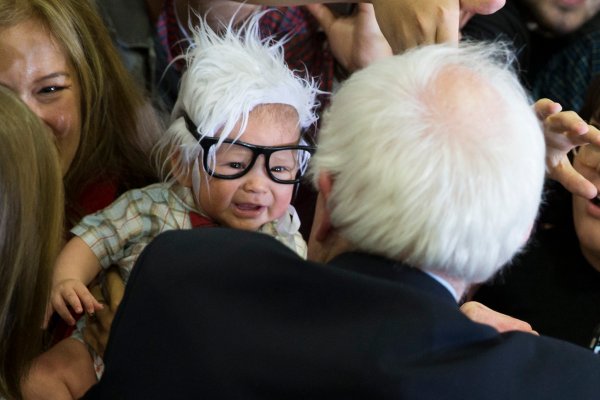